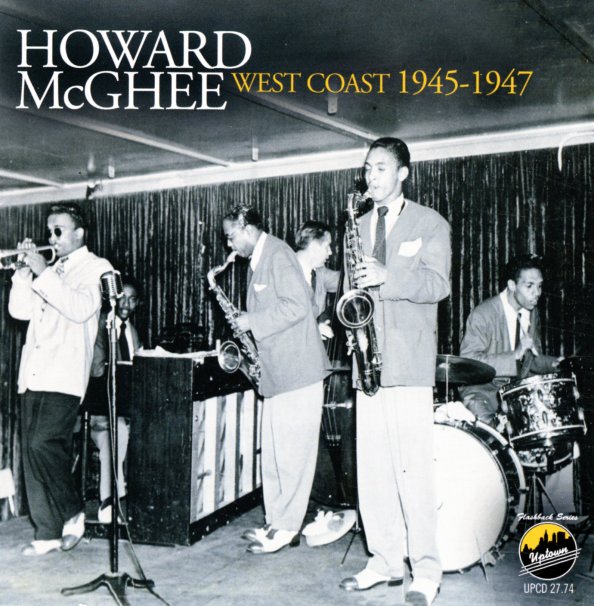 Wonderful work from one of the most important early bop trumpeters – the mighty Howard McGhee, heard here in a set of rare material that includes obscure studio sessions and some surprisingly great live performances too! McGhee was one of the first and the best to turn the trumpet towards bop – a player at a level that matched the young Clifford Brown or Fats Navarro at their best – especially in these formative early years, when Howard had a sense of tone and timing that was completely sublime! Most tracks are short and very tight – and even the ballads have this crispness that really illustrates the fresh contributions that McGhee was making to music at the time. The set features four tracks from a 1945 Philo Records session, four more from a 1946 Melodisc session, and eleven more tracks from radio broadcasts – all surprisingly well recorded. Players include Teddy Edwards on tenor (on most of the tracks here), Sonny Criss on alto, George Crawford or Vernon Biddle on piano, Bob Kesterson on bass, and the great Roy Porter on drums. Titles include "Night In Tunisia", "Howard's Blues", "Killin Jive", "The Man I Love", "Dark Eyes", "Mop Mop", "Lifestream", "Night Mist", "Blues A La King", "Ornithology", and "Intersection".  © 1996-2021, Dusty Groove, Inc.