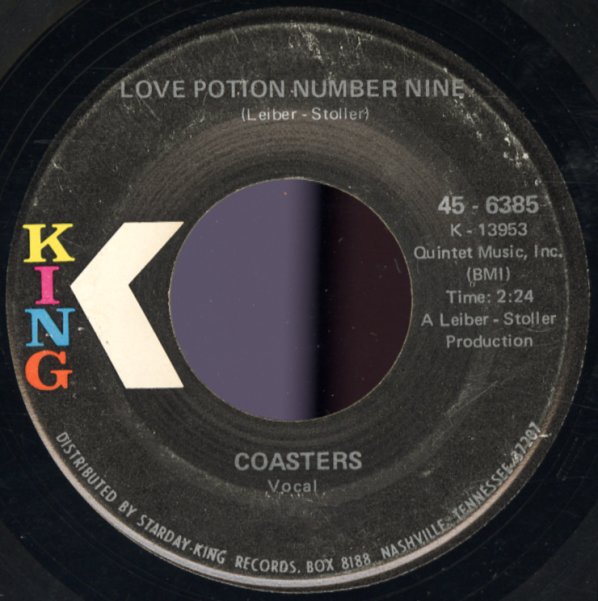 Not the classic version of this well-known tune, but a rare funky take from The Coasters – done during their brief late span at King Records! The groove is great – nice and romping, and graced with their excellent vocals – and the whole thing even includes a bit of a funky flute break towards the end! "DW Washburn" is a great tune too – original, and with a wicked sly sort of feel!  © 1996-2021, Dusty Groove, Inc.
(White label promo. Label has small stickers and some pen.)