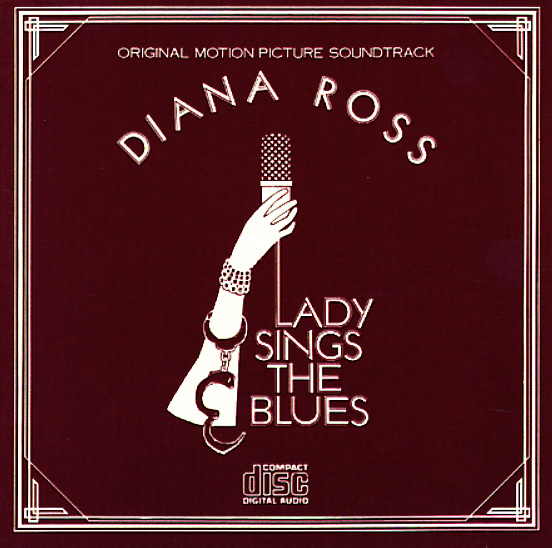 Also available
Diana Ross — Lady Sings The Blues ... CD 3.99
On the one hand, our jazz snob side wonders why Diana Ross would be picked to star as Billie Holiday, but on the other, it makes perfect sense, as this soundtrack to the film was made during the early 70s, when she was at the top of her career, and one of the highest profile female soul singers. And she acquits herself quite well, with a solid performance that's more than respectable, helped along the way by sympathetic orchestral arrangements from Benny Golson and Oliver Nelson. While we may not turn to this recording over any of Billie's originals, it's a pretty remarkable turning point for Diana, establishing her "diva" status and helping to launch her solo career to new heights. 34 numbers in all, though many of them are dialogue or musical bits lifted from the film. Includes "All Of Me", "the Man I Love", "Ain't Nobody's Business If I Do", "Fine & Mellow", "You've Changed", "My Man", "Strange Fruit" and "God Bless The Child".  © 1996-2022, Dusty Groove, Inc.
(Includes booklet! Cover has light edge wear.)

Diana Ross Live At Caesars Palace
Motown, 1974. Near Mint-
LP...$4.99
A fantastic early demonstration of the solo powers of Diana Ross – a live date from Vegas, and one that has her commanding the stage not just as a singer of soul music, but as a female star ready to rival the talents of any of her contemporaries in the mainstream! Ross shines here with a ... LP, Vinyl record album

Diana Ross (1976)
Motown, 1976. Near Mint-
LP...$7.99
Essential peak solo material from Diana – her aptly self-titled set from 1976, showing Ms. Ross stretching out stylistically with incredible style and with beautiful vocals! Diana '76 is among her best work of the 70s – and that's saying something! It opens with the gorgeous "Them ... LP, Vinyl record album

Last Time I Saw Him
Motown, 1973. Very Good+
LP...$1.99 3.99
Fully mature work from Diana Ross – a set that really breaks free from the styles of her roots, and which has her emerging as a full-formed solo act on her own! There's a range of modes here that's quite surprising – strong, sophisticated ballads at the core, but also echoes of jazz, ... LP, Vinyl record album