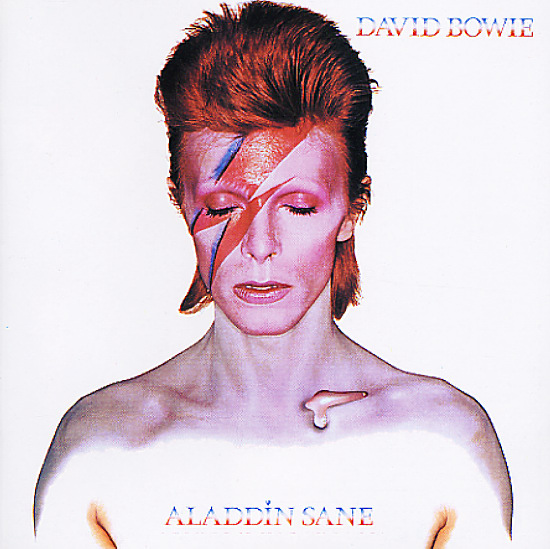 One of our favorite David Bowie albums ever! Aladdin Sane was a real turning point for Bowie – recorded on the heels of the tremendously popular Ziggy Stardust album, but really pushing the boundaries past the more straight-ahead rock and glam of that record. Instead of just sitting on his laurels, Bowie tripped out into a wilder, weirder world with this one – mixing together elements of some of the baroque arrangements of early records, with the meaner leaner sound of the 70s – populating the songs with freaks, weirdos, and odd characters that gave the whole thing a really creepy edge. The whole thing's an oft-overlooked gem that, to us, is truly one of Bowie's most magical moments – and titles include "Drive In Saturday", "Panic In Detroit", "Aladdin Sane", "Watch That Man", "The Jean Genie", "The Prettiest Star", "Time", and "Lady Grinning Soul".  © 1996-2023, Dusty Groove, Inc.

Hunky Dory (180 gram pressing)
Parlophone (Germany), 1971. New Copy (reissue)
LP...$22.99 26.99
Quite possibly David Bowie's first complete moment of genius – an incredibly-formed album that's filled with tunes beyond definition and description! There's still some traces of the earlier madman in the mix, but the overall sound is much more rock-heavy – although not without the ... LP, Vinyl record album