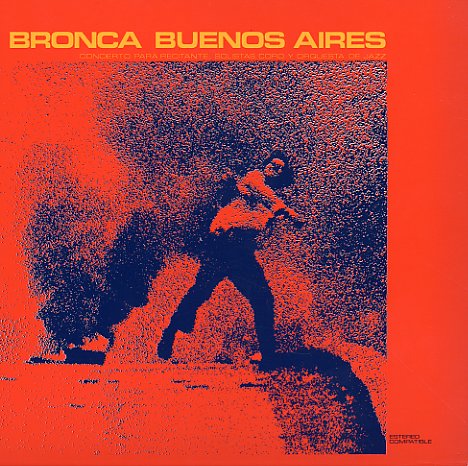 A great set from Argentinean jazz bassist Jorge Lopez Ruiz – funky, cinematic big band swing and choral arrangements! The set is a four piece suite based on the writings of Jose Tcherkaski, featuring arrangements that range from big band with heavy horns and strings and a very late 60s/early 70s soundtrack feel, to intimate solo work from players that include Chivo Borraro on tenor sax and Fernando Gelbard on piano. It features spoken word bits that at a listen feel a lot like a 60s new wave film narration! It's got a lot of sweeping, cinematic funk things going on – for great kinda early 70s soundtrack jazz vibe! Tracks include "La Ciudad Vacia", "Relatos", "Amor Buenos Aires" and "Brono Buenos Aires". Special bonus – this excellent version features instrumental takes of all the tracks on the album – without the spoken bits – plus a French version of "Rogne Buenos Aires".  © 1996-2021, Dusty Groove, Inc.