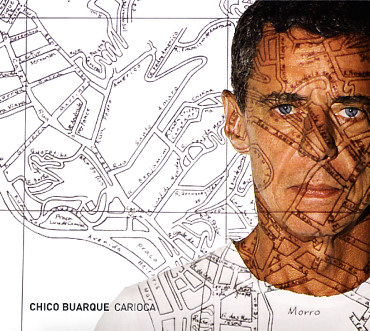 Tremendous work from an artist whose talents never dim over the years – and even then, a set that's quite possibly one of Chico's best in many many years! The record has a depth and complexity that's really wonderful – like the best of Caetano Veloso's more sophisticated work of the past decade – and Chico's working here with arranger Luiz Claudio Ramos in a set of tracks that mix rootsy instrumentation with more complicated phrasing – a style that carries echoes of some of Edu Lobo's best 70s material, and which, like that, has a genre-less quality that's all its own! Chico's original lyrics and raspy vocals would be enough to make this record great, but the instrumentation takes it to a space that's even more special. Tracks include "Suburbio", "Outros Sonhos", "As Atrizes", "Renata Maria", "Leve", "Sempre", "Imagina", "Dura Na Queda", and "Ode Aos Ratos". DVD features the documentary Descontrucao – directed by Bruno Natal, running for nearly 60 minutes in length, and featuring titles in English, Spanish, and Portuguese!  © 1996-2022, Dusty Groove, Inc.