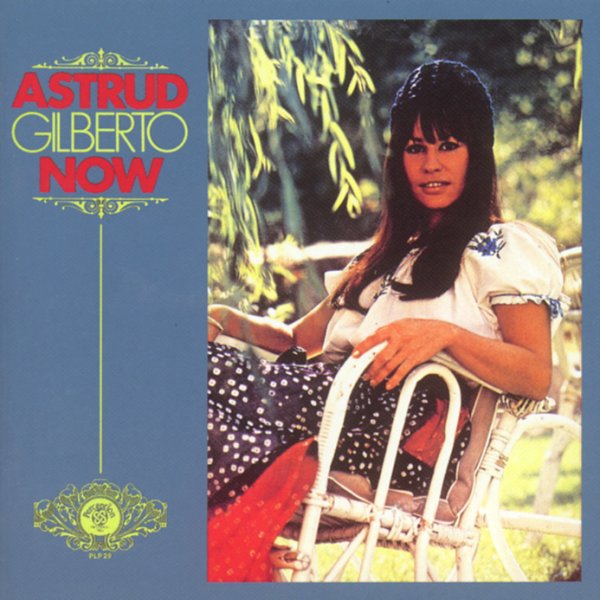 Also available
Astrud Gilberto — Astrud Gilberto Now ... CD 19.99
Killer work by Astrud Gilberto – very different than her Verve sides of the 60s! The album was produced by Astrud, arranged by Deodato – and has that wonderful warm full jazz feel of her classic album on CTI, but also a bit more like some of the funky work of Jorge Ben at the time – choppy at the bottom, with a sound that's a bit samba, and a bit funky at times. Mike Longo and Deodato play keyboards on the session, giving it an electric groove that works perfectly with Astrud's soaring vocals – and the whole album really holds together wonderfully! There's a nice bit of funk on the cut "Take it Easy My Brother Charlie" – and other tracks include "Zigy Zigy Za", "Baiao", "Gingele", "Bridges", and "Where Have You Been?" DVD side features include linear notes, artist photos plus the whole album in 5.1 surround sound!.  © 1996-2023, Dusty Groove, Inc.
(Out of print DualDisc pressing.)

Beach Samba (Japanese paper sleeve edition)
Verve/Universal (Japan), 1967. Used Gatefold
CD...$29.99 (CD...$9.99)
A great album from Astrud Gilberto – one that has her pushing past the simple bossa of early years, running through a range of 60s styles that all sound great – really opening up, finding new confidence in her vocals, and bridging a few different musical worlds in the process! There's ... CD

Beach Samba (Japanese paper sleeve edition)
Verve/Universal (Japan), 1967. Used Gatefold
CD...$29.99 (CD...$9.99)
A great album from Astrud Gilberto – one that has her pushing past the simple bossa of early years, running through a range of 60s styles that all sound great – really opening up, finding new confidence in her vocals, and bridging a few different musical worlds in the process! There's ... CD

Look To The Rainbow
Verve, 1965. Used
CD...$6.99
One of the moodiest Verve albums from Astrud Gilberto – a set that has some surprising arrangements by Gil Evans – working here on one of his few 60s dates with a singer! Astrud's blue-tinged vocals work perfectly with Evans' backdrops – and Al Cohn also takes over the helm on ... CD

Beach Samba (plus bonus tracks)
Verve, 1967. Used
CD...$9.99 (CD...$29.99)
A great album from Astrud Gilberto – one that has her pushing past the simple bossa of early years, running through a range of 60s styles that all sound great – really opening up, finding new confidence in her vocals, and bridging a few different musical worlds in the process! There's ... CD

Duetos
BMG (Brazil), 1980s/1990s. Used
CD...$5.99
Gal Costa is no stranger to the duet format in pop music – and in fact, it might be safe to say that it's been a huge part of her career – as evidenced by the fact that her first album was a set of duets with Caetano Veloso! This collection explores that tradition nicely – by ... CD