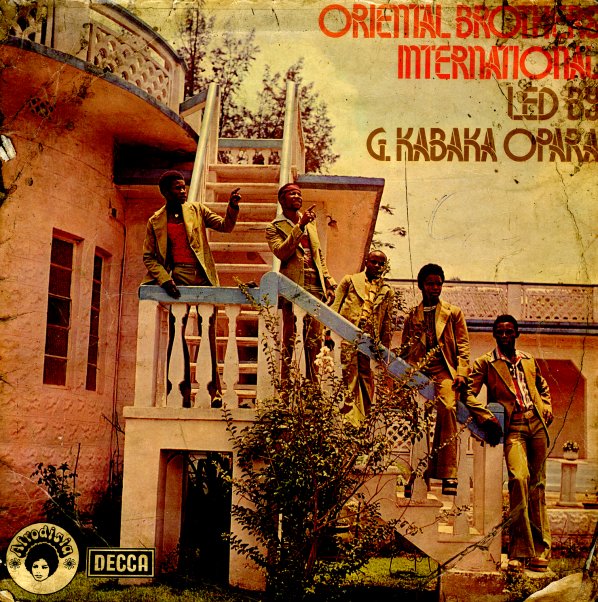 (80s pressing. Cover has wide clear tape holding the spine, discoloration from age, heavy edge wear, and a tear in the opening.)

Woyaya
Decca, 1971. Very Good+ Gatefold
LP...$11.99
These early Osibisa records always used to be fairly common years back – perhaps because they were always a bit too hippy dippy and loose for the older funk crowd. But now, in today's blunted groove culture, they seem to have found a new appreciation for their trippy Afro funk style, and ... LP, Vinyl record album

Hit Sound Of The Ramblers Dance Band
Decca (UK), 1968. Good
LP...$9.99
A fantastic record by a really wonderful group one who've got all these complex elements in their rhythms, and some great horns and guitar over the top! LP, Vinyl record album

Shakara
EMI (Nigeria), 1974. Fair
LP...$49.99
The cover image here really demonstrates the charisma of Fela at his height – dozens of topless women, kneeling around the maestro and spelling out the number 70 – but to us, the music is what really shows the man's power – a bold, progressive statement of the new energy bubbling ... LP, Vinyl record album