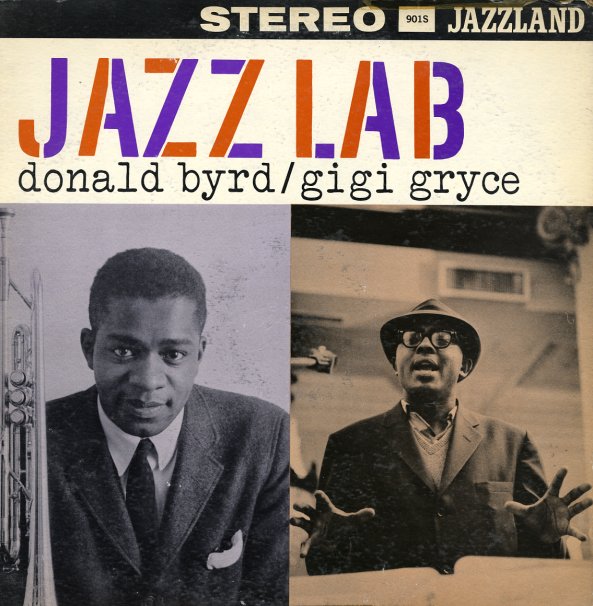 One of a number of recordings headed up by Donald Byrd and Gigi Gryce under the Jazz Lab name, and probably the hardest to find. Like the Columbia andJubilee sets, this one's a cooking hard bop side, with inventive solos and nice arranging by Byrd and Gryce, who are joined by Wade Legge on piano, Wendell Marshall on bass and Art Taylor on drums. The tracks include Legge's "Geraldine" and Gryce's "Minority" plus "Love For Sale", "Zing Went The Strings Of My Heart", "Straight Ahead", and "Wake Up!".  © 1996-2020, Dusty Groove, Inc.
(Black label stereo Bill Grauer Productions Inc pressing with deep groove, JLP 901. Cover has a half split top seam, mostly split bottom seam, yellowing from age, and notes in pen on back.)