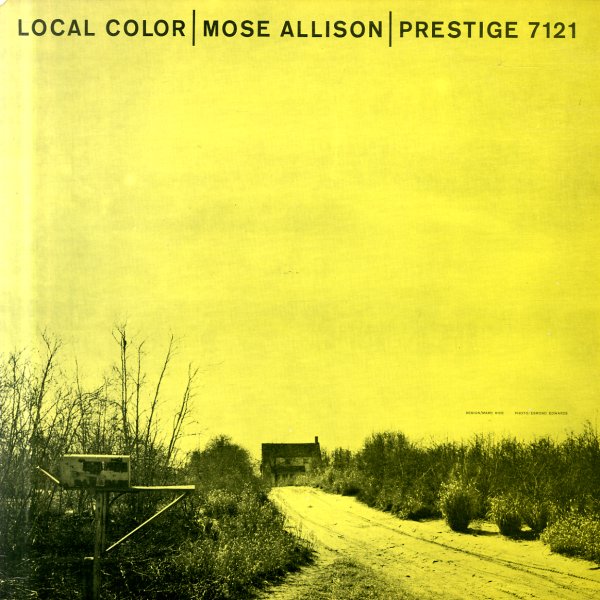 An early, rootsy Mose Allison sides, mostly instrumental, bluesy piano trio numbers, but Mose busts out with some vocals on an early version of his signature tune "Parchman Farm" and "Lost Mind", and a spot of trumpet on "Trouble In Mind" . He's joined by Addison Farmer on bass, and Nick Stabulas on drums, and the instrumental sides include "Crepuscular Air", "Mojo Woman", "I'll Never Be Free" and "Ain't You A Mess".  © 1996-2021, Dusty Groove, Inc.
(Yellow & black label 50th Street NYC pressing with deep groove and RVG stamp. Labels have side notations written in pen. Cover has a half split top seam, some aging, and some pen and marker on back.)