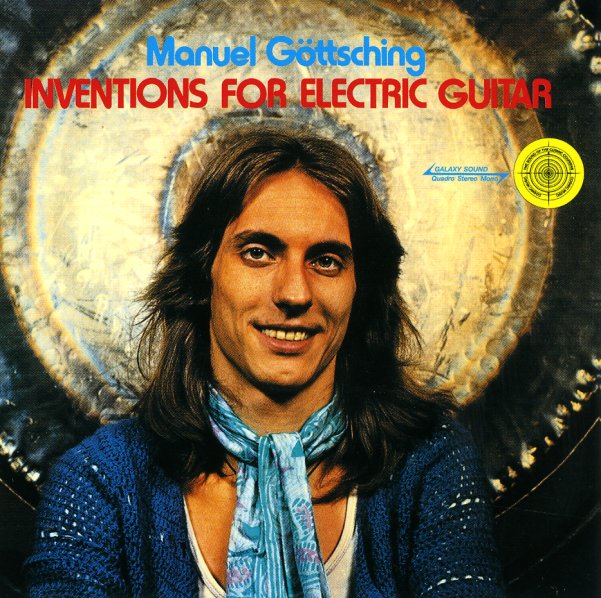 A wonderful electronic classic from Ash Ra Tempel founder Manuel Goettsching – a record that features nothing but his own guitar experiments, filtered through a variety of effects – but at a level that feels a lot more like a keyboard or analogue electronics workout overall! In fact, the record's maybe a wonderful distillation of the role that guitar played in so many of these great electronic sets from the German scene of the 70s – use of the instrument in ways that are completely different from American or British guitar, and with a great ear towards the more sensitive, longform aspects of the instrument – especially when combined with additional processing – yet all with a style that's a lot more subtle than Frippertronics. "Echo Waves" is a 17+ minute, uber-hypnotic piece that's another case of material living up to the title, one that reminds us a bit of some of Tangerine Dream's soundtrack work of a decade later. "Quasarsphere" is atmospheric and spacey, a shorter piece. "Pluralis" is the 20+ minute epic closer, very much akin to "Echo Waves".  © 1996-2022, Dusty Groove, Inc.