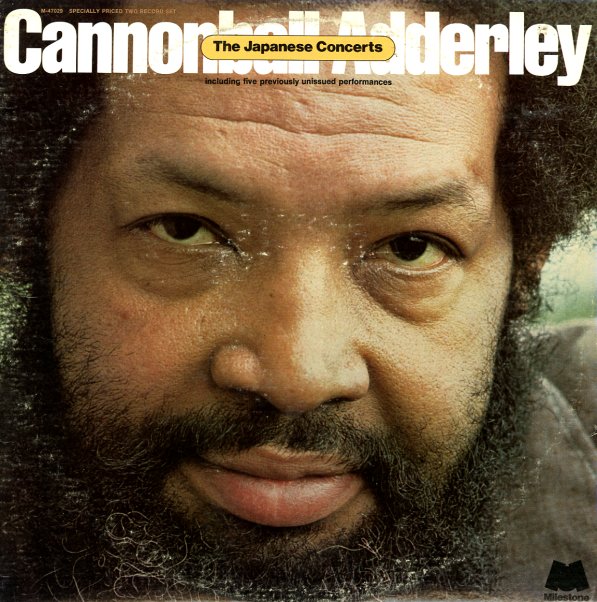 A nice double LP expanding on Cannonball's swingin' Japanese concert set issued as Nippon Soul, adding dates from the same concert tour. Featuring one of Cannonball's best groups from the 60's, with Joe Zawinul on piano, brother Nat on cornet, Sam Jones on bass, and Louis Hayes on drums, and adding Yusef Lateef, who does some excellent reed work on tenor, flute, and oboe – and who's playing at this point with that great mix of soul jazz and out-sounds that he was cooking up at the time. With the half dozen tunes from the original issue, including an excellent 12 minute reading of Lateef's "Brother John", pls "Tengo Tango", "Come Sunday", "The Weaver", "Easy To Love" and "Nippon Soul", plus the additional numbers 'Work Song", "Autumn Leaves", "Dizzy's Business", "Primitivo" and "Jive Samba".  © 1996-2022, Dusty Groove, Inc.
(Original pressing. Cover has light wear and a promo stamp.)

Zulu (2LP set)
Milestone, Mid 50s/1977. Near Mint- 2LP Gatefold
LP...$14.99
A great 70s collection of earlier material from the great pianist Randy Weston – tracks that were all recorded for Riverside in the 50s, and culled from a number of different LPs and 10" releases! One LP in the set features the added bonus of Cecil Payne on baritone, but most of the ... LP, Vinyl record album

Sahara
Milestone, 1972. Very Good+
LP...$34.99
Pretty darn nice stuff from McCoy Tyner, from a period when he was opening up to the soul jazz spiritualism that was around him – a movement that was clearly directly inspired by his work with Coltrane, but which also helped to shape his playing, and return the favor of influence. The group ... LP, Vinyl record album