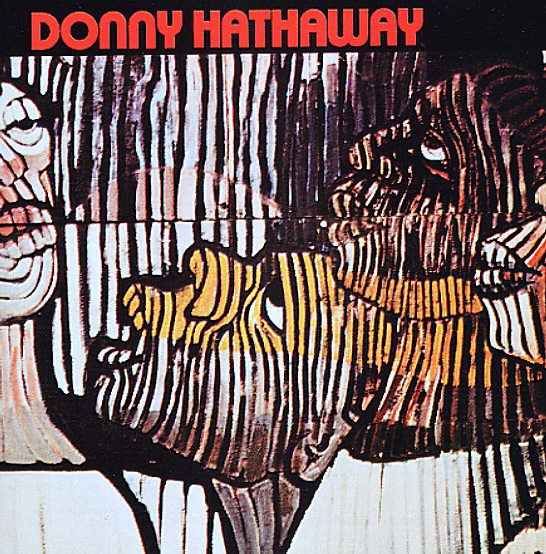 One of the best albums ever by this legendary Chicago soul star! The album's masterful blend of spiritual soul tracks that plumb the depths of Donny's dark soul – done with a level of sophistication that you won't hear in other soul albums from the time! Classic cuts include "A Song For You", "She is My Lady", "Giving Up", and "Take a Love Song" – plus versions of "Put Your Hand In The Hand" and "He Ain't Heavy, He's My Brother". The record also includes the great funky cut "Magnificent Sanctuary Band", which has some nice haaaard drums at the beginning, and which has been sampled who knows how many times!  © 1996-2021, Dusty Groove, Inc.
(Yellow label stereo pressing with PR etch. Cover has a light stain on back at the top right corner.)

Love Man
Atco, 1969. Near Mint- Gatefold
LP...$34.99
A key posthumous release from Otis Redding – material recorded in 1967 before his untimely early death, released in 1969 to a very eager audience for work from the late soul singer! The album's a bit less classic than some of Redding's earlier Stax sides, but is still head and shoulders ... LP, Vinyl record album

Turning Around
Atco, 1970. Near Mint-
LP...$19.99
One of the greatest moments ever from Dee Dee Warwick – and a set that definitely shows her to be one of the more soulful members of her famous family! The set's got a much deeper soul sound than some of Dee Dee's other material – as Atlantic has Warwick working down at Criteria ... LP, Vinyl record album

Shake, Rattle, & Roll
Atco, 1967. Very Good
LP...$29.99
The second Arthur Conley album for Atlantic – and like the first, a record that really cooks with some great Otis Redding production! The sound and style is very similar to Otis' work for Stax during the 60s – but the album was recorded at Fame Studios in Muscle Shoals, with ... LP, Vinyl record album

Come To Me Softly
Atco, 1968. Very Good+
LP...$13.99
Jimmy James and his Vagabonds were a UK group, but they scored nicely in the US with this classic Atlantic side, which was licensed from Pye UK. The record includes their own big hit "Come To Me Softly", plus a number of other soul covers – like "I'm Just A Fool For You ... LP, Vinyl record album