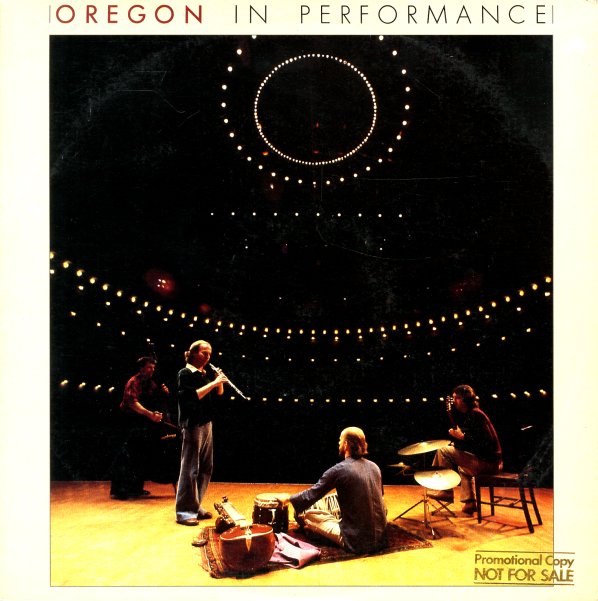 A double-length live set from Oregon – one that acts as a nice bracket to their 70s work for the Vanguard label, and which maybe points the way towards the direction they'd soon take at ECM! As some of their contemporaries were maybe getting even more electric, the group deliver a fantastic acoustic set throughout – guitars from Ralph Towner, who also plays piano and a bit of French horn – plus sitar and tabla from Collin Walcott, bass and violin from Glen Moore, and a mix of saxes, flute, and other reeds from Paul McCandless! The sound is nice and open – maybe more spacious and patient than the group's earlier work – really opening up on the longer live tracks on the set. Titles include "Arion", "Waterwheel", "Buzzbox", "Along The Way", "Wanderlust", "Icarus", "Free Piece", and "Deer Path".  © 1996-2021, Dusty Groove, Inc.
(Cover has light wear.)

Inflation
Elektra, 1980. Sealed
LP...$4.99
Stan the Man's at the top of his game here – working with full backings from Wade Marcus, but still rich and creative on his solos! There's few other players who can match Turrentine in this setting – as Stan always steps out from the larger arrangements and brings his best to the ... LP, Vinyl record album

American Classic
Elektra, 1982. Very Good
LP...$5.99
An unusual later set from the great Dexter Gordon – and a record that features the surprising addition of Hammond organ! Shirley Scott's on the record with Dex, and plays organ on half the cuts (Kirk Lightsey handles piano on the others) – bringing a soulful depth to the record which ... LP, Vinyl record album

Inner Fires
Elektra, 1953/1982. Sealed
LP...$9.99
First-ever issue of material recorded live by Bud in 1953 – during a performance at Club Kavakos in Washington, DC – with a trio that features Charles Mingus on bass and Roy Haynes on drums. The set's from the private collection of Bill Potts, and is reasonably well recorded for the ... LP, Vinyl record album

Streamline
Elektra, 1978. Very Good
LP...$6.99
As the title says, Lenny White's streamlined his sound here – but to us that's a good thing, as it eliminates some of the overly-heavy jam sound that could ruin earlier records – making for a lean, clean groove that's mighty nice, and plenty darn soulful! Plus, Lenny's working here ... LP, Vinyl record album