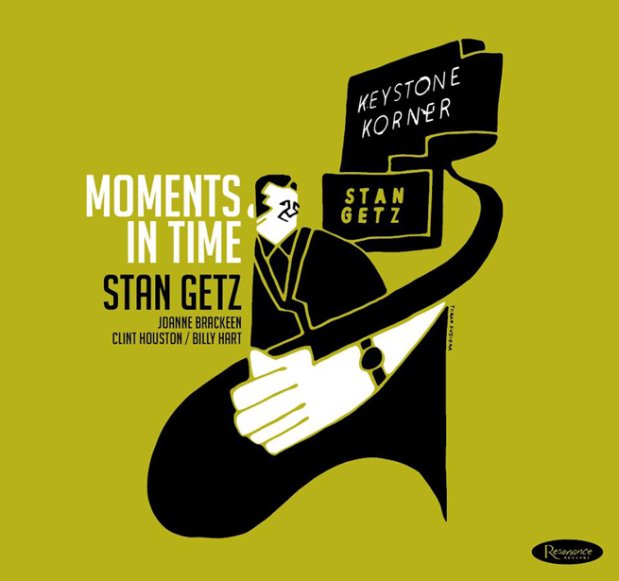 There may be a mountain of Stan Getz records on the market – but take it from us, this is definitely one that you need in your collection! The set presents material from a never-issued live recording – Stan on sublime, soulful tenor at the Keystone Korner in 1976 – working with a quartet that includes Joanne Brackeen on piano, Clint Houston on bass, and Billy Hart on drums – all ultra-hip players who set Stan up at a level that rivals the openly creative genius of studio albums like Sweet Rain or Captain Marvel, but with that special sort of snapshot that also marks his rare live material with Gary Burton too! The tracks were cut during the same week that produced the Getz/Gilberto 76 album, but the sound here is very different – not bossa, all jazz, and with that really inspired sense of soloing that Stan hit once he discovered Coltrane and the influence of that generation. Wonderful all the way through – with titles that include "Infant Eyes", "Summer Night", "Peace", "Con Alma", "Morning Star", and "The Cry Of The Wild Goose".  © 1996-2022, Dusty Groove, Inc.

Stan Getz & The Cool Sounds
Verve (Japan), 1953/1954/1955. New Copy
CD...$13.99
An odd little album in the Stan Getz catalog of the 50s – not just because of the cheesy cover and title, but also because it features a range of unusual material recorded over a three year period with a variety of different players! Some of the dates here definitely fit the "cool ... CD