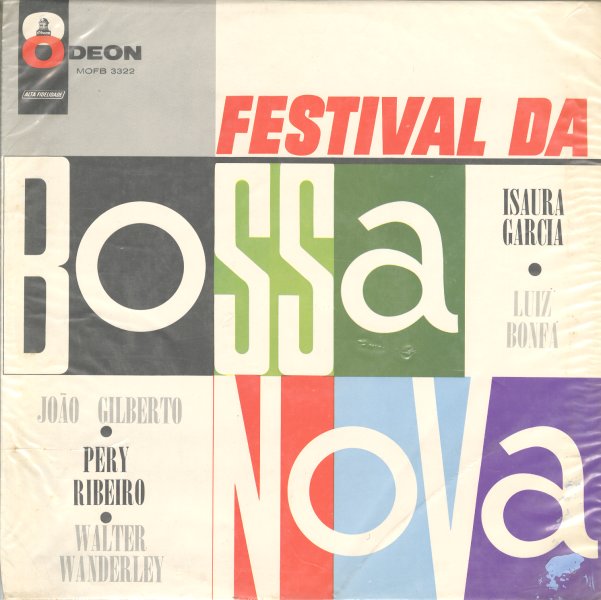 A killer selection of rare bossa tunes from the best early years of the genre – pulled from the catalog of EMI/Odeon in Brazil, one of the best labels for the music at the time! The set's got a very lovely color cover – with some cool 60s typography, listing the title and names of the artists – and tunes include "Melancolia" and "Fio De Cancao" by Luiz Bonfa, "Meditacao" and "Voce E Eu" by Walter Wanderley, "So Em Teus Bracos" and "Corcovado" by Isaura Garcia, "Chega De Saudade" and "Desafinado" by Joao Gilberto, and "O Barquinho" by Pery Ribeiro.  © 1996-2021, Dusty Groove, Inc.
(Original mono teal label pressing, still with plastic outer sleeve.)