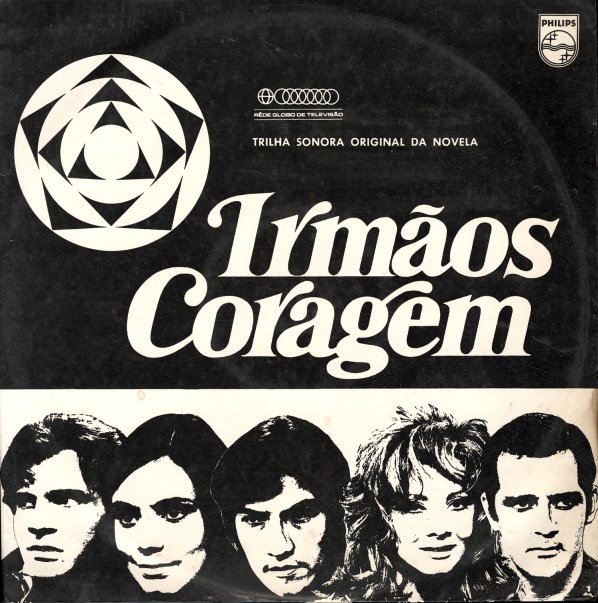 A brilliantly baroque Brazilian soundtrack – one of those early 70s gems that's filled with loads of excellent tunes! The album features arrangements by Dory Caymmi, Luiz Eca, and Waltel Blanco – all working with a set of unique artists to craft some totally great tunes done in the cool criss-crossing of styles that was taking place in Brazilian pop at the end of the 60s. Tunes go from lofty to intimate at the drop of a hat – as sweet voices come into play with well-crafted orchestrations and light percussion. Titles include "Bachiana No 5" by Joyce, "Branca" by Luiz Eca, "Joao Coragem" by Tim Maia, "Coroado" by Denise Emmer & Marcus Pitter, "Ondas Medias" by Umas & Outras, "Minhas Tardes De Sol" by Regina Duarte, and "Irmaos Coragem" and "Porto Seguro" by A Banda Das Cores Magicas.  © 1996-2022, Dusty Groove, Inc.
(Cover has an unglued top seam, but is nice overall.)

Ando So Numa Multidao De Amores
Philips (Brazil), 1970. Very Good+
LP...$33.99
One of the loveliest albums we've ever heard from Brazilian singer Maysa – largely because of some great arrangements by Luiz Eca and Roberto Menescal, both of whom give the album a gentle glide that offsets the emotive quality of Maysa's vocals nicely. Titles include "Que Eu Canse E ... LP, Vinyl record album