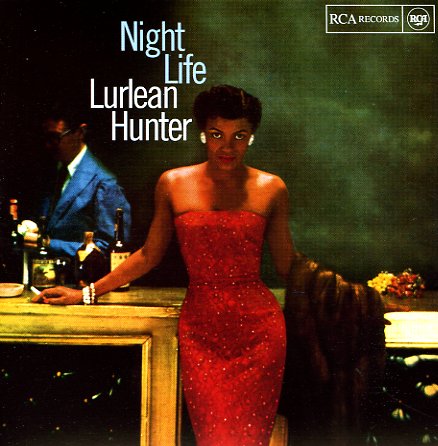 An RCA classic from Lurlean Hunter – a singer who's sadly overlooked these days, but who was a real up-and-comer from the Chicago scene in the 50s! Lurlean's got a style that's surprisingly smooth at times – much richer and more jazz-based than the sometimes-bluesy cover images she was given – a quality that sounds especially great here amidst fuller backings from Manny Albam, an arranger who really helps Hunter cross over strongly for the set. The record's beautifully done – poised, but still filled with soul and feeling – and players on the date include Joe Newman on trumpet, Al Cohn on tenor, and Barry Galbraith on guitar. Titles include some lesser-known numbers like "Moondrift" and "Night Life" – plus "Gentleman Friend", "What A Difference A Day Makes", "Have You Met Miss Jones", "Sunday", and "This Time The Dream's On Me".  © 1996-2023, Dusty Groove, Inc.

All Of Me
Bethlehem, 1956. Used
CD...$4.99
Although the world always remembers Johnny Hartman best for his Impulse recordings with Coltrane, we've always dug some of his earlier stuff – like this album – because the sound's a bit rawer, and the style's got more of a kick! The magical Hartman voice is presented in two great ... CD

Complete Decca Recordings (2CD set)
Decca/GRP, Late 40s. Used 2 CDs
CD...$5.99
A comprehensive collection of work from a key, although under-recorded stretch in the career of Billie Holiday – material that comes after her early years at Columbia, and before her 50s revival at Verve! CD