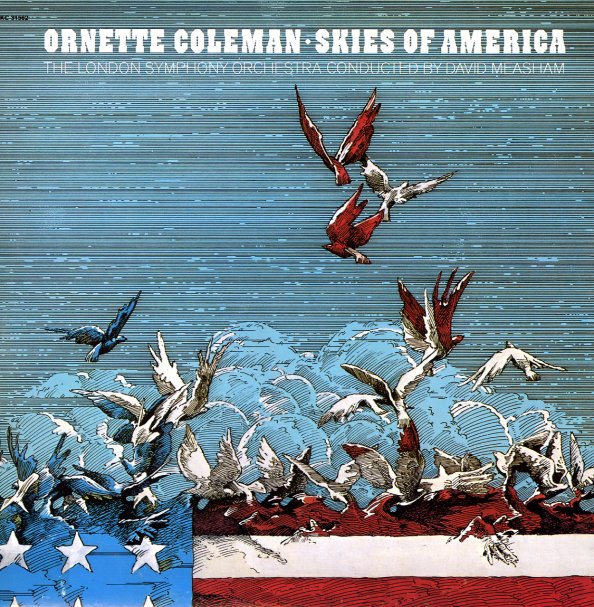 A brilliant large ensemble work from Ornette Coleman – ambitious material recorded with full orchestra, in a haunting sound that's light years from any of his smaller group recordings of the 60s and 70s! There's an incredible feel to the strings used here – played by the London Symphony Orchestra, conducted by David Measham – all tied up and dark, with swirling sounds that run up beautifully from the bottom, then take off to the skies promised in the title – opening the door for Ornette to come in and solo freely over the top – in a magical mix that easily makes the record a standout in his long and mighty career! Harmolodic theory is definitely a part of Coleman's conception here – but in very different ways than his quartet or quintet recordings. Tracks include "The Men Who Live In The White House", "Sunday In America", "Dreams", "Native Americans", "Silver Screen", and "The Artist In America".  © 1996-2023, Dusty Groove, Inc.
(Cover has some surface wear and aging.)