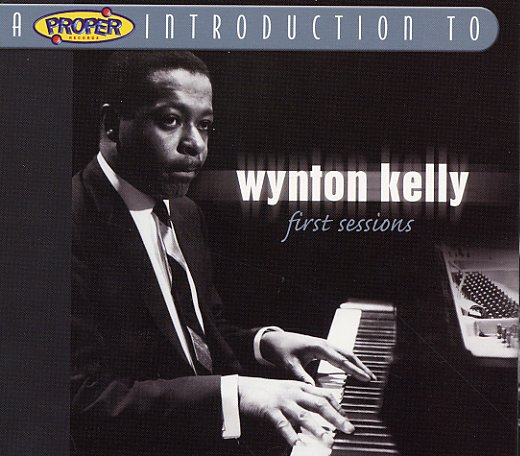 The full first sessions by Wynton Kelly as a leader – recorded for Blue Note records in 1951, and featuring a trio with Lee Abrams on drums and either Frank Skeete or Oscar Pettiford on bass. The tracks have a light, fluid feel that shows the depth of Kelly's work on the keys even at a young age – with some key influences from bop, but an overall sense of poise and style that was enough to challenge the bigger mainstream pianists of the time. The set comes with a nice booklet on Kelly's early years, and also features notes on all the sessions – a total of 19 tracks that include "Foolin Myself", "Blue Moon", "Fine & Dandy", "Where Or When", "Born To Be Blue", "Moonglow", "Opus Caprice", "I Found A New Baby", and "Do Nothing Till You Hear From Me".  © 1996-2022, Dusty Groove, Inc.
(Out of print.)