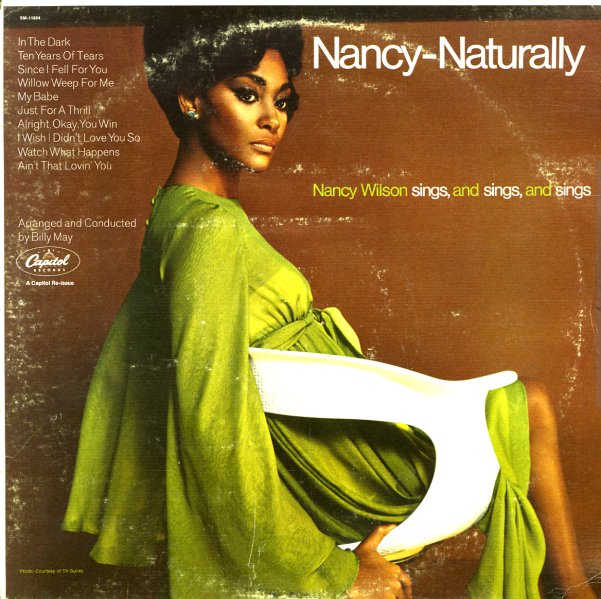 A great one from Nancy Wilson – a set that has the singer working with full arrangements from Billy May, who's got this surprisingly subtle approach at times that works really well with the soulful currents in Nancy's vocals! The approach is almost more like Oliver Nelson, especially with the bluesier currents that May brings into the horns at points – and the album scores equally well on the groovers and the more slinky numbers that are especially wonderful – almost an update of an earlier Dakota Staton mode, but a bit more hip – as we'd expect from Wilson! Titles include "Watch What Happens", "Smack Dab In The Middle", "I Wish I Didn't Love You So", "In The Dark", and "Ten Years Of Tears".  © 1996-2021, Dusty Groove, Inc.
(80s PAUSA pressing in a white border cover.)

I've Never Been To Me
Capitol, 1977. Near Mint-
LP...$1.99
Nancy Wilson hits hard on two different levels – some of the mellow, sophisticated numbers that made her mid 70s years so great – and a few more upbeat groovers that aim strongly for the clubs! The blend is carried off well here – thanks to production and arrangements from Gene ... LP, Vinyl record album

Hollywood My Way
Capitol, 1963. Very Good
LP...$2.99
Nancy Wilson turns her wonderfully sophisticated vocal style towards a batch of hits from Hollywood films of the 40s, 50s, and 60s – arranged and conducted by Jimmy Jones, in that classy blend of jazz and soul that suited Wilson so well in the 60s! The style is really a cut above the usual ... LP, Vinyl record album