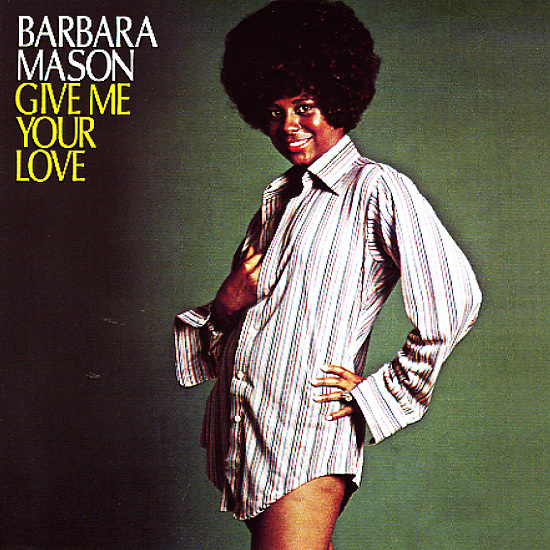 The sensuous soul gem from Barbara Mason – a sweetly soulful groover all the way – and one of her strongest records! Give Me Your Love gets our love for a bunch of reasons, but especially for the title track – which is reworking of Curtis Mayfield's "Give Me Your Love" – which is arranged by Curtis himself. Vince Montana does most of the other arrangements, and you can see traces of Barbara's move into clubland later in the decade – but this one's more about lush, deeply soulful sounds. Leon Huff is on piano and keys, the tunes have incredible backing vocals with Barbara Ingram, Bunny Sigler, Kenny Gamble and others in the chorus – but this is Barbara's show all the way – emoting soulful magic out front! Titles include "Let Me In Your Life", "Bed and Board", "Who Will You Hurt Next", and "You Can Be With the One You Don't Love".  © 1996-2021, Dusty Groove, Inc.
(Includes the bonus photo and Buddah inner sleeve. Cover has some small seam splits.)