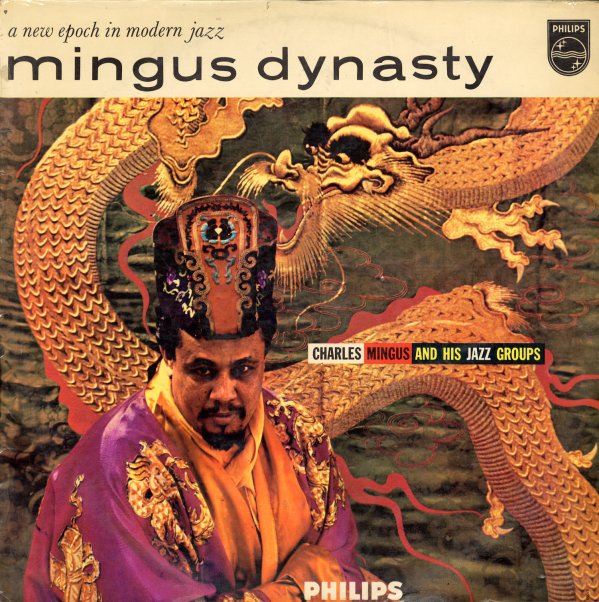 A late 50s classic by the great Charles Mingus – his follow-up to the seminal Mingus Ah-Um, and a set that's got a very similar flavor! As with some of Mingus' best material for Columbia, the album has him working with a slightly larger ensemble, but still holding onto the intensity of his smaller groups from a few years before – a way of merging the voices of saxophonists like Booker Ervin, John Handy, Benny Goldson, and Jerome Richardson – yet still allowing them space to break out with moments of pride and power that really send the whole thing home! This mix of the individual and ensemble is key to the Mingus genius of the period – and is also heard in the work of Roland Hanna on piano, Donald Ellis on trumpet, Jimmy Knepper on trombone, and Theodore Cohen on vibes – all of whom work alongside Charles' key drummer of the time, the great Dannie Richmond. Titles include "Diane", "Song With Orange", "Gunslinging Bird", and "Far Wells Mill Valley" – and a haunting take on "Mood Indigo".  © 1996-2021, Dusty Groove, Inc.
(Dutch 60s pressing! Cover has a small bit of tape on the bottom seam.)