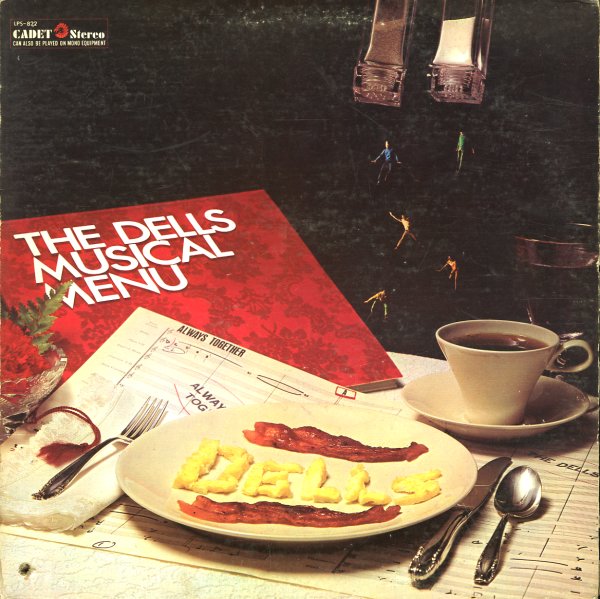 One of The Dells' best albums from this period – and a real Cadet studios masterpiece, thanks to some incredibly groovy arrangements by Charles Stepney! The sound's a bit like some of the Rotary Connection albums put together under Stepney's supervision – but given that the group is the Dells, the vocals are much much better, with a much stronger soul component – and fused with some incredible musical arrangements! The whole thing's wonderful – and graced by an incredible gatefold cover that has pictures of miniaturized Dells members being served with eggs and bacon as part of a "musical menu"! Tracks include "Believe Me", "Always Together", "Hallways of My Mind", and the trippy "Agatha Van Thurgood".  © 1996-2021, Dusty Groove, Inc.
(Original pressing. Cover has some ring and edge wear.)