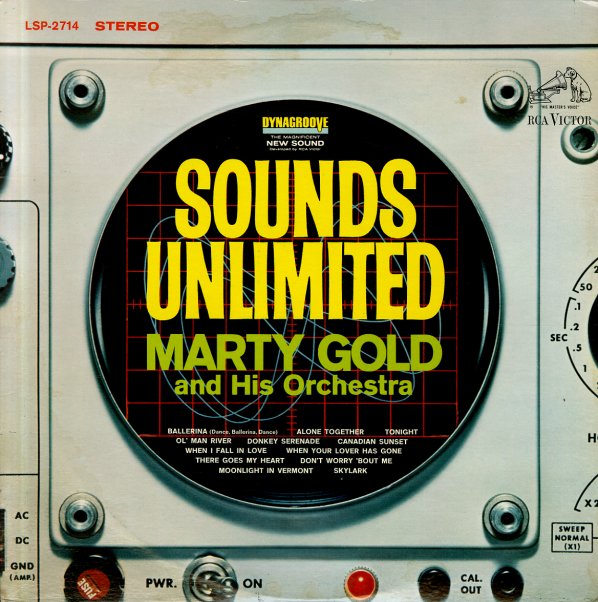 Soaring sounds from RCA maestro Marty Gold – maybe not the totally unlimited record you might expect from the title, but definitely a key 60s entry in the genre of bachelor pad hi fi records! There's a fair bit of horns in the orchestrations, with solos by Don Butterfield, Joe Wilder, Phil Bodner, and Mel Davis – all of whom help to color the tunes with lots of nice jazzy tones – giving the whole thing a bit more depth than the usual instrumental outing. Titles include "Alone Together", "When I Fall In love", "Ballerina", "Skylark", "The Donkey Serenade", and "Tonight".  © 1996-2022, Dusty Groove, Inc.
(Stereo pressing with deep groove. Cover has light wear.)