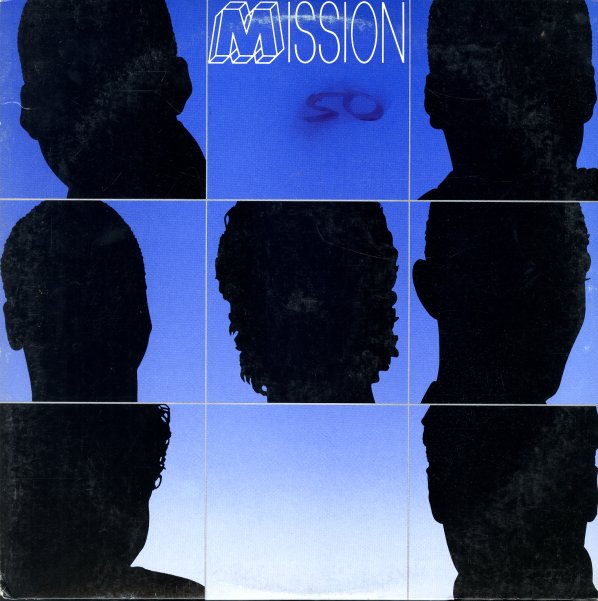 The first ep by The Mission – a US harmony soul group whose name forced the British rock group The Mission to become Mission UK on these shores! Despite that bit of now-faded industry history, the group's not a bad one – sweet 80s harmony, almost in a style that was a bit ahead of its time – lost somewhere between the Jacksons and a huge amount of groups to come in the early 90s. The vocals are upfront on most of the tracks, and although there's a bit of 80s production, it never goes too far to overwhelm things. Titles include "I'll Be Right There", "Wanna Be Free", "Something About You", and "Time After Time".  © 1996-2021, Dusty Groove, Inc.
(Cover has light wear.)

Legendary Zing Album
Buddah, 1975. Very Good+
LP...$7.99
The first full album cut by The Trammps – and a landmark bit of Philly club sounds! The group had already been grooving the burgeoning east coast disco scene for years, which is why the album's called The Legendary Zing Album (the group's version of "Zing Went The Strings Of My ... LP, Vinyl record album