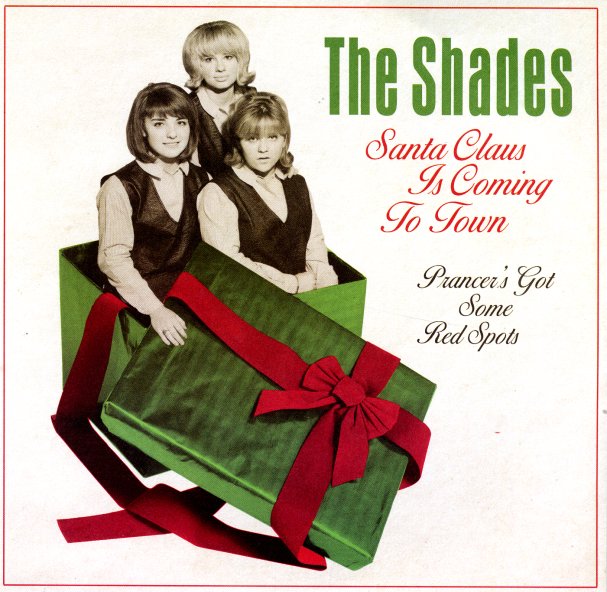 Santa Claus Is Coming To Town/Prancer's Got Red Spots

A cool little Christmas single from the 60s – and one that's as weird as you'd guess from the image on the cover! The main side is a very offbeat take on "Santa Claus Is Coming To Town" – one that's sung in a girl group mode, but one that's slightly strange overall – especially when they chime in about having a "man in the house tonight"! The flipside is even weirder – a song about Prancer getting the measles – but with a vibe that almost comes off like a VD education tune!  © 1996-2021, Dusty Groove, Inc.