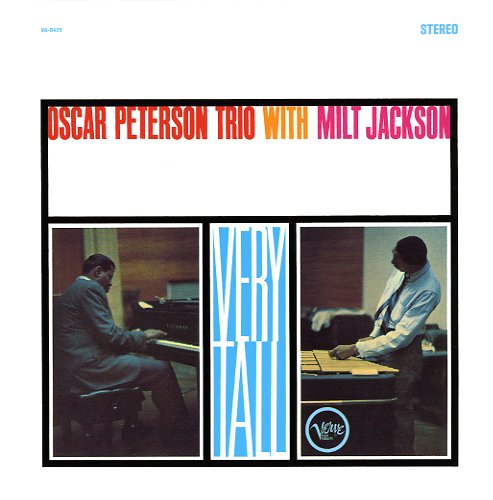 Milt Jackson joins the Oscar Peterson Trio – helping the group to hit some great new space with his magical work on vibes! Jackson's got an open, airy feel – an approach that almost lets Peterson punctuate the tunes a bit more with his piano – while the pair get strong rhythmic support from the bass of Ray Brown and lyrical drums of Ed Thigpen. Tunes are open and relaxed, letting Milt hit some great mellow tones – and titles include "Green Dolphin Street", "Heartstrings", "The Work Song", "John Brown's Body", "A Wonderful Guy" and "Reunion Blues".  © 1996-2021, Dusty Groove, Inc.
(70s Japanese pressing – UMV 2062. Cover has a partially peeled sticker near the opening. Vinyl plays with a short click on side 2, track 1.)