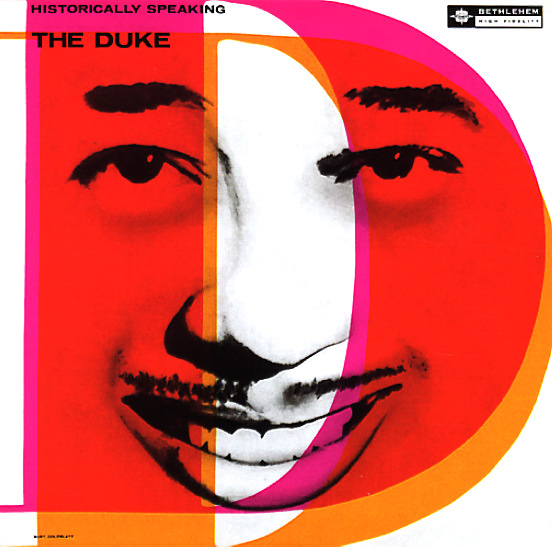 The album's a bit less "historical" than you might guess from the title – at least at the time it was issued in the mid 50s! The material is from Chicago sessions recorded in 1956 – unusual non-Columbia material for the period, featuring the Ellington group working in a slightly older-styled mode. Much of the material is from the earlier songbook of the orchestra – but it's done here with some slight modern touches that show the 50s impulses of the group firmly in place. Players include Cat Anderson and Clark Terry on trumpet, Johnny Hodges on alto, Paul Gonsalves on tenor, and Harry Carney on baritone sax – and titles include "Midriff", "Ko Ko", "Lonesome Lullaby", "Upper Manhattan Medical Group", "Jack The Bear", "Stompy Jones", and "Creole Love Call".  © 1996-2021, Dusty Groove, Inc.
(Out of print. Front artwork has some age spots.)

Oscar Pettiford Vol 2
Bethlehem (Japan), 1955. Used
CD...$18.99
A real gem in the 50s catalog of bassist Oscar Pettiford, and one of his strongest dates as a leader! Pettiford really sparkles here – leading a great group that features key 50s modernists like Gigi Gryce on alto, Jerome Richardson on tenor, Bob Brookmeyer on trombone, and Donald Byrd on ... CD