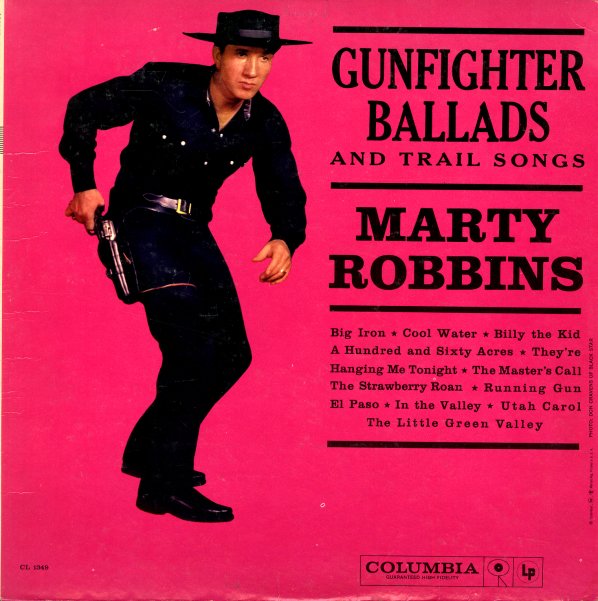 Marty Robbins had one of those careers that must have left even die hard fans scratching their heads. His catalog ranges from typical syrupy 50s ballads, calypso numbers, Hawaiian guitar pop, and of course the cartoonish wild west gunfighter BS that we love him for! It's billed as "a classic concept album about the old west" but it's about as historically accurate as the Sergio Leone films of the same nature – and every bit as fun and, dare we say it, dramatically compelling! The eternally great "El Paso" is the master stroke here, and both the short and previously not included long versions are in the set. It was recently covered by unsung genius Howe Gelb & Giant Sand, and easily one of our favorite country tunes. Other tracks include "Big Iron", "Cold Water", "Running Gun" and "In The Valley".  © 1996-2021, Dusty Groove, Inc.
(70s stereo pressing. Cover has a light stain with wrinkling at the bottom right corner.)