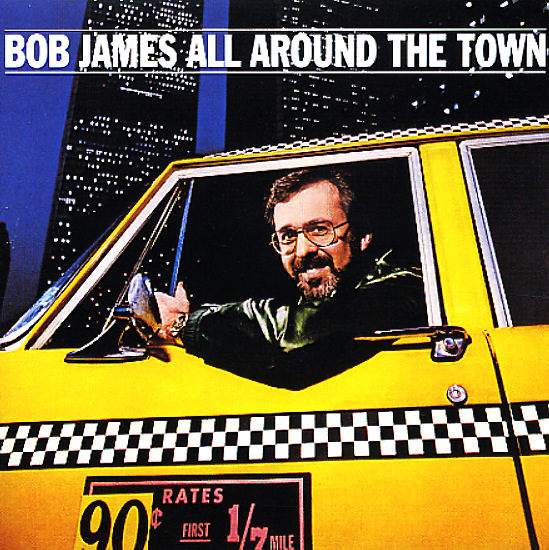 All Around The Town

A live set by Bob – packaged in a cover that has a picture of him in a Taxi, certainly designed to cash in on his fame doing the theme for that TV show! The record's actually quite nice, and is a good blend of the mellow Bob from later years and the darker Bob from earlier ones – performed with a set of players that include Steve Gadd, Idris Muhammad, Tom Scott, Richard Tee, Earl Klugh, Tom Browne, Joanne Brackeen, and Eddie Gomez. Includes nice versions of "Westchester Lady" and "The Golden Apple", plus "Kari", "Touchdown", "Farandole", and "Stompin At The Savoy".  © 1996-2021, Dusty Groove, Inc.
(Includes booklet.)