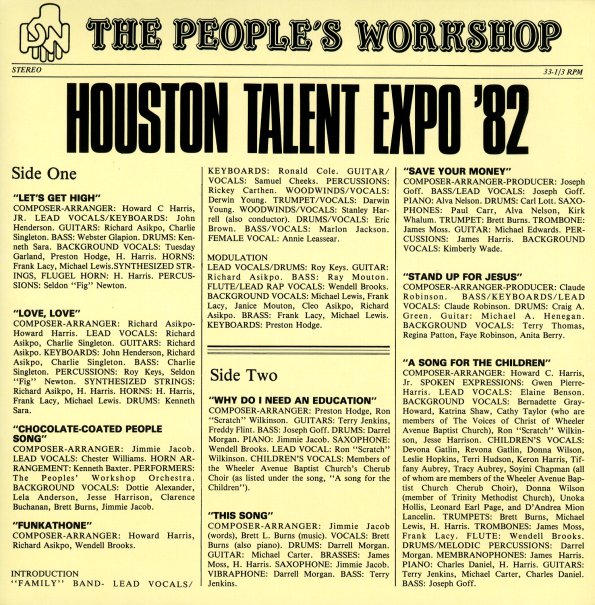 The cover might look a bit understated, but the album's got plenty of depth and power – a rare set from the Texas underground of the early 80s – cut by a group who've clearly drunk deep from the same musical well that inspired Stevie Wonder, Roy Ayers, and other cosmic soul talents of the 70s! As with Stevie and Roy, there's plenty of jazzy currents in the music of The People's Workshop – warm keyboards, sweet sax and flute, and waves of color that really come through the grooves and illuminate the deeper spirit of the vocals. There's a sense of collaboration here that's really special – almost a James Mason vibe at times – all with a sense of sophistication that's quite different than the rootsier sounds you might normally expect from Texas soul groups. Titles include "Save Your Money", "A Song For The Children", "Love Love", "Let's Get High", "Chocolate Coated People Song", and "This Song".  © 1996-2021, Dusty Groove, Inc.