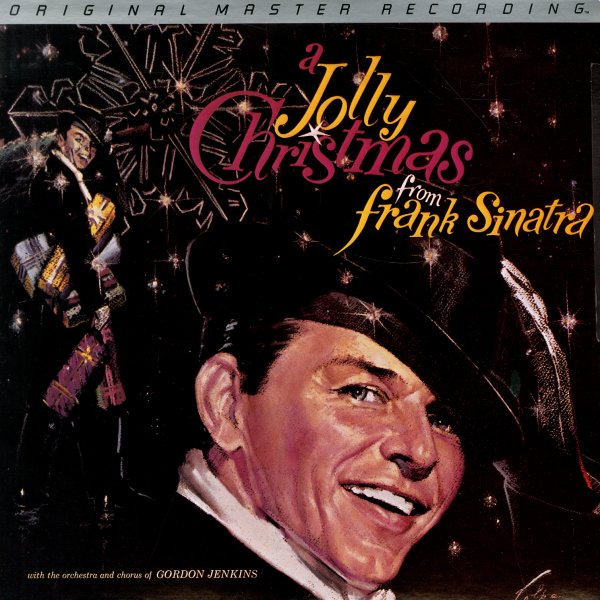 One of the greatest Christmas albums of the 20th century – a rich tapestry of sadness and longing from Ol' Blue Eyes himself! Sure, most folks think that Christmas albums are supposed to be cheery and celebratory – but Frank, coming off of his best Wee Small Hours years at Capitol, rightly chose the sadder side of Christmas – and put together an album full of songs that really get at the bluer side of the holiday. Side one of the set includes some tremendous secular songs – the kind of mid-century tunes that often had a dark undercurrent of separation and unfulfilled desire – masquerading as holiday tunes, but in Frank's hands, coming off more like smokey late night tunes of lost love and wasted life. Side two's got some more spiritual-oriented tunes – but again, done by Frank, with arrangements by Gordon Jenkins, these tunes come off with a lot less celebratory spirit than you'd expect. Titles include "The Christmas Waltz", "Mistletoe & Holly", "The Christmas Song", "Have Yourself A Merry Little Christmas", "It Came Upon A Midnight Clear", and "I'll Be Home For Christmas".  © 1996-2022, Dusty Groove, Inc.
(NOTE – Vinyl is in great shape, but cover is wrinkled at the bottom right corner.)

Start Of Something
Capitol, Late 50s. Very Good
LP...$9.99
Quite possibly the greatest of Mark Murphy's early albums for Capitol – a heavily swinging set that features some great arrangements from Bill Holman, and Mark's classic version of the title tune – which he'd reprise nicely in years to come! The album's got Murphy in great west coast ... LP, Vinyl record album

Melodies By Al Hibbler (Argo)
Argo, 1956. Very Good
LP...$13.99
Very obscure work by Al Hibbler – a collection issued in the 50s, but which appears to include work from earlier years, as the style and sound varies a bit from track to track. The set likely brings together material that was issued on singles, at a time when Hibbler's star was really rising ... LP, Vinyl record album

Melodies By Al Hibbler (Argo)
Argo, 1956. Very Good
LP...$13.99
Very obscure work by Al Hibbler – a collection issued in the 50s, but which appears to include work from earlier years, as the style and sound varies a bit from track to track. The set likely brings together material that was issued on singles, at a time when Hibbler's star was really rising ... LP, Vinyl record album

Live At The Talk Of The Town
Decca (Germany), 1969. Near Mint-
LP...$9.99
Live At Talk Of The Town is one of Valente's great albums – upbeat, swinging, and with a very groovy feel that has Caterina sounding especially nice on some of the album's medley tracks – done with a feel that's a lot less hokey than you'd hear from other artists! The spoken bits show ... LP, Vinyl record album