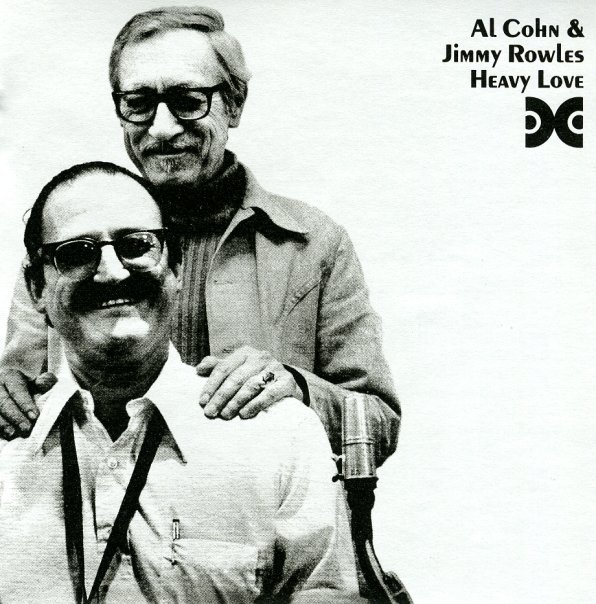 Lots of heavy love here – a wonderful sense of rapport between the great tenorist Al Cohn and piano genius Jimmy Rowles! Both musicians were still recording heavily at the time of this album, but the record seems to capture them in a really special space that still stands strongly on its own – a mode that's much more relaxes than some of the Pablo Records sessions of the time, and which has Cohn in an especially striking mode – really hitting these openly-blown, often-angular lines that are dripping with soul – more heart and feeling than we might normally expect from him, matched equally by Jimmy Rowles' wonderful phrasing on piano – very much here at the top shelf level he delivered with Stan Getz on The Peacocks album. Titles include "I Hadn't Anyone Till You", "Bar Talk", "These Foolish Things", "Them There Eyes", and "Sweet & Lovely". Features the bonus track "For All We Know".  © 1996-2021, Dusty Groove, Inc.

McGriff's House Party
Milestone, 2000. Used
CD...$4.99
Jimmy McGriff's having a house party – and he's invited along Lonnie Smith for a unique double-organ groove! Smith's only on about half the album's tracks, but the rest feature some great tenor from Eric Alexander, plus a bit more from Bill Easley – both artists who are well-suited to ... CD

1969
Skye/DCC, 1969. Used
CD...$14.99
One of Gabor Szabo's amazing late 60s albums for the Skye label – trippy, jazzy, and with a mod exotica vibe that would never be matched again! Gabor's playing guitar in a two-guitar frontline, which makes for lots of dreamy interplay between the strings – a shifting pattern of sound ... CD