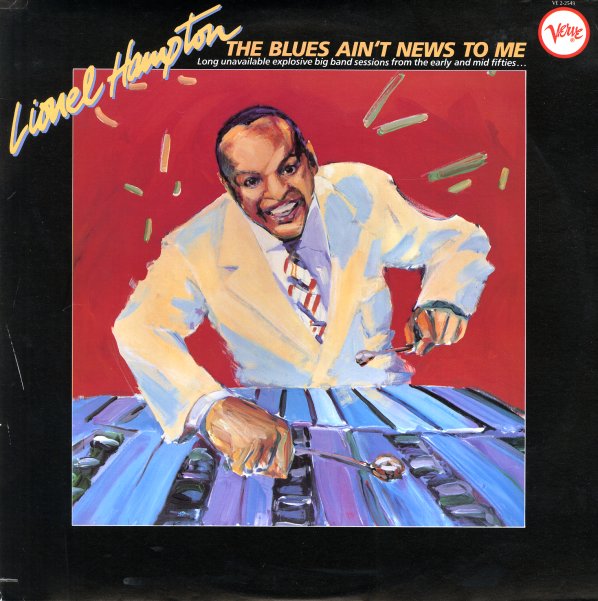 Blues Ain't News To Me

50s recordings by Hampton and big band – from 1951 with sidemen that include Benny Bailey, Idrees Sulieman, Quincy Jones, and Walter Williams on trumpets; Jimmy Cleveland, Al Grey, and Benny Powell on trombones; Bobby Plater and Jerome Richardson on alto, Milt Buckner on piano and organ; and from 1955 with sidemen that include Billy Brooks on trumpet, Al Hayes on trombone, Willie Ruff on french horn, Eddie Chamblee on tenor, and Rufus Jones and Buddy Rich on drums.  © 1996-2021, Dusty Groove, Inc.
(80s issue. Cover has light wear.)

Boss
Verve, 1968. Very Good+
LP...$9.99
A great little small combo record that proves that Jimmy was still hitting strong in the late 60s! Although the bulk of the more famous Verve material featured Jimmy in larger settings or singing or playing pop material, there were also some nice stripped-down sides hidden in the catalog, which ... LP, Vinyl record album

Bird Wings
Verve, 1946/1949. Very Good+
LP...$7.99
Two long jam session performances – one with Roy Eldridge on trumpet and Flip Phillips and Lester Young on tenors – on "Lester Leaps In", "The Closer", and "Embraceable You". The other features Willie Smith on alto, Coleman Hawkins and Lester Young on ... LP, Vinyl record album