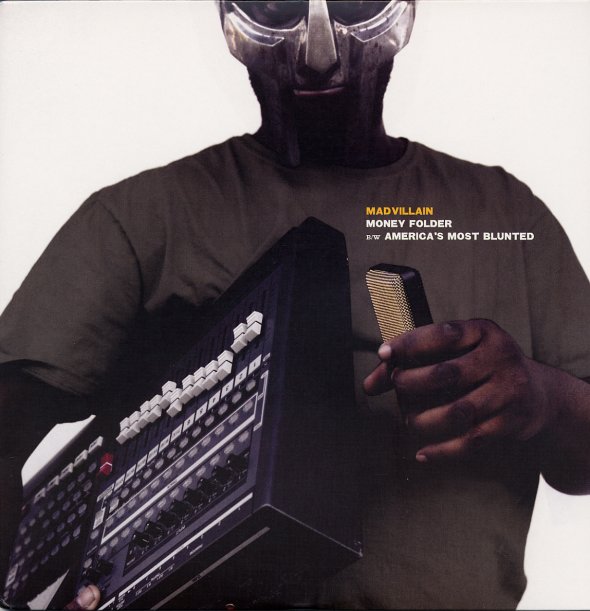 MF Doom and Madlib, two of the most ubiquitous characters in underground hip hop – hell, perhaps THE most ubiquitous characters in underground hip hop, pair up for an outing on Stones Throw! "Money Folder" is Doom's real showpiece of the couple of tracks here. Metal Face kicks his gravelly, atomically charged word bombs over some really hot start & sto(m)p beats by 'Lib. "America's Most Blunted" is the DJ's game, with a string of strange samples and soundtrack vibe with a Cut Chemist feel. Madlib's knob twirlin' and wheel spinnin' on the two main cuts and remixes is much more in his funk beats and wacked samples guise than the mad jazz vibe he's been rocking on other recent projects.  © 1996-2022, Dusty Groove, Inc.