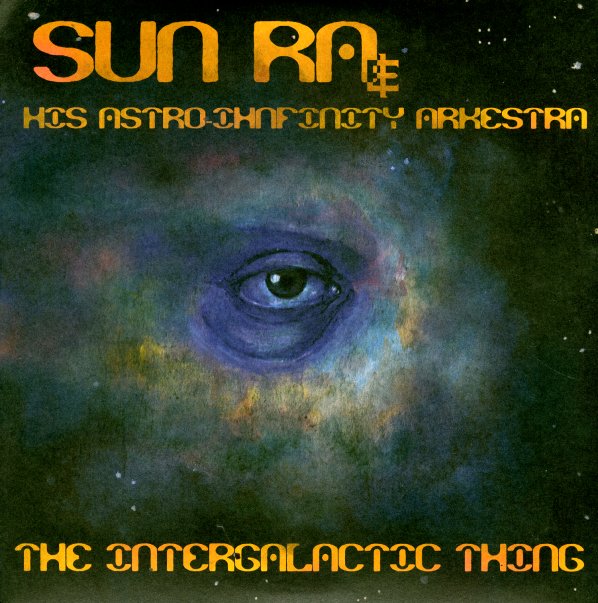 Never-heard music from the legendary Sun Ra Arkestra – pulled from four different sessions recorded at the group's Philadelphia home in 1969 – and every bit as impressive as the Saturn Records material from the time! The recording quality is great – these aren't random snippets of sounds caught on a cassette – and Ra's really trying out some new ideas with the Arkestra – sometimes working in highly percussive modes that feel like a late 60s update of the exoticism of the group in their final Chicago years – sometimes bringing in more electric elements, as Ra himself plays both Farfisa and a Hohner clavinet – no piano at all! Other players include the mighty John Gilmore on tenor, Doug Williams on trumpet and "space dimension mellophone", Marshall Allen and Danny Davis on altos and flutes, Danny Ray Thompson on alto, James Jacson on percussion – and all other members of the group play percussion too – which makes for plenty of percussive moments! Notes are by Robert Campbell – the Sun Ra expert – and titles include "The Others From Another World", "Discipline Of The Pharoahs", "Latent Friends", "Moon Over Saturn", "Principles Of The Pharoahs", "Calling Out To Saturn", "Exotic Forest", "Do The Intergalactic Thing", and "Saturn Moon".  © 1996-2023, Dusty Groove, Inc.
(Includes download.)