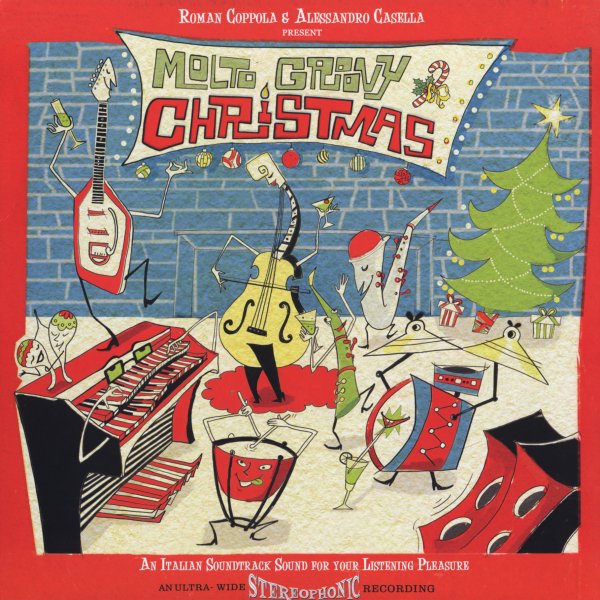 One of the coolest, grooviest Christmas records we've heard in years – a set that's the first-ever effort from Roman Coppola's Molto Groovy Productions – and which has a mod 60s vibe all the way through! The styles here are steeped in the best Italian soundtrack modes from years back – cool keyboards, fuzzy organ, funky basslines, and lots of offbeat instrumentation that really transforms the tunes – almost as if someone like Piero Umiliani or Ennio Morricone recorded a whole album of Christmas instrumentals! The sound is perfect – even better than you might suspect from the cover – and you can take it from us, as we're not easily fooled by "fake" retro projects – and really tip our hat to these guys for getting the instrumentation, arrangements, and production just right. Most titles are familiar songs, but done in very unusual styles – and tracks include "Santa Claus Is Coming To Town", "Joy To The World", "Jingle Bells", "Sleigh Ride", "Feliz Navidad", "Little Drummer Boy", "Silver Bells", and "Have Yourself A Merry Little Christmas".  © 1996-2021, Dusty Groove, Inc.