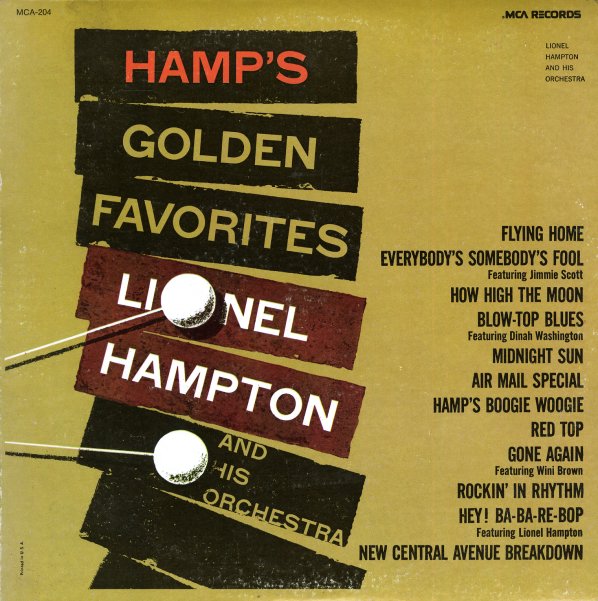 Kansas City Memories (MCA)
MCA, 1956. Near Mint-
LP...$6.99
One of the hippest bandleaders of his generation, even if his group wasn't as famous as those of Basie or Kenton! Pierce was a bit like the former in the heavy swing of his group, but also a fair bit like the latter in that he had a great ear for finding young modernists – players who would ... LP, Vinyl record album

Gene Norman Presents The Charlie Ventura Septet – In Concert 1949
Decca/MCA, 1949. Near Mint-
LP...$3.99
From bop to swing – and everything in between! A classic performance by Charlie Ventura – recorded in Pasadena in 1949, with his septet that included Benny Green on trombone, Boots Mussuli on alto, and vocalese bits by Jackie & Roy! Ventura was a key link in two jazz traditions of ... LP, Vinyl record album

Street Life
MCA, 1979. Very Good+
LP...$11.99 (CD...$5.99)
One of our favorite albums ever from The Crusaders – a set that really sums up all the tightness they'd forged in the 70s, while still showing a new sense of soul and funk as well – expertly balanced with flawless LA production! The album may well be the group's equivalent of a Steely ... LP, Vinyl record album

Rhapsody & Blues
MCA, 1980. Very Good+ Gatefold
LP...$2.99
The Crusaders at their late 70s smooth jazz best – completely confident in the sound of their groove, and unabashedly working in a tight studio setting on longer tracks that helped forever change the sound of mainstream funky jazz! And yes, the edges are polished down from the group's ... LP, Vinyl record album

Whirlwinds
MCA, 1974. Very Good+ Gatefold
LP...$19.99 24.99
Sweet keyboard soul from Deodato – a set that steps off nicely from the strengths of his big hits on CTI, hitting a similarly flowing groove that's really great! The instrumentation here is a bit more expanded than before, but never in a way that buries the keyboards – and Deodato's ... LP, Vinyl record album

Cordon Bleu
Rocket/MCA, 1975. Very Good+
LP...$6.99 9.99
A pretty nice set of 70s fusion – rock-influenced at times, but still pretty spare, jazzy, and with some nice funky moments! The best tracks are the ones in which the band kicks back and opens up over a jam – stretching out with some spacious work on guitar, sax, and keyboards – ... LP, Vinyl record album