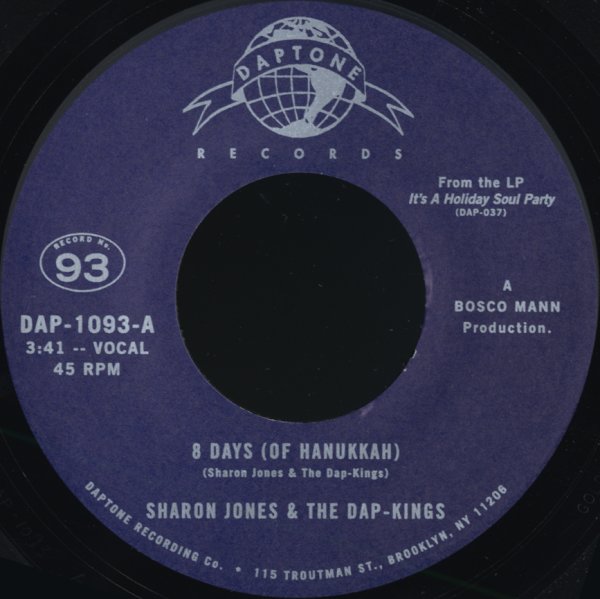 Sharon Jones & The Dap-Kings celebrate that other big holiday in December – with two very groovy tracks that rival some of the best Christmas soul classics from years back! "8 Days Of Hanukkah" is wonderfully upbeat and swinging – with a vibe that's totally great and positive, and which has Sharon vocally making her way through the eight different days of the holiday! The flipside is more of a "part 2" to the cut – which is more than groovy enough to be worth flipping over the record!  © 1996-2023, Dusty Groove, Inc.