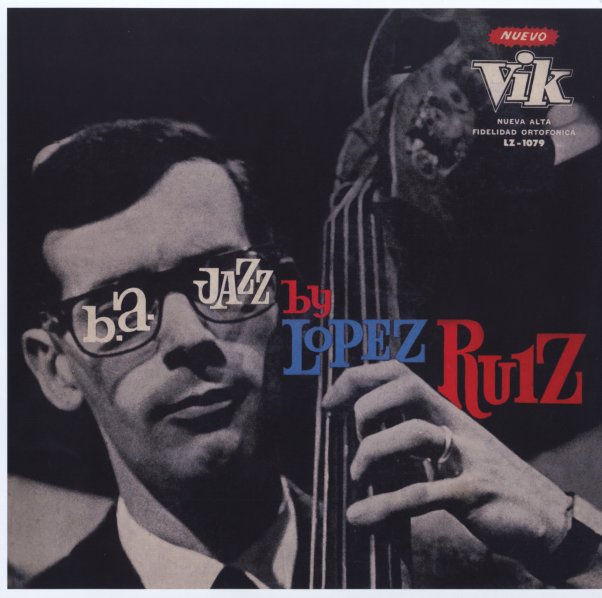 Great early work from Jorge Lopez Ruiz – an Argentine bassist who we already know for his more experimental recordings in the 70s – already sounding like a committed modernist here at the start of the 60s, in very hip group that also includes a young Gato Barbieri on tenor! The titles a reference to Buenos Airies Jazz – music that really seems to reflect the hipper sound of that important national capitol – as Ruiz works here with a very cool group that reminds us of some of the best Italian modernists of the same time – able to absorb the best styles of the American scene, but deliver them with a very special flavor, and a surprising degree of soul! The titles here are a mix of numbers by Ruiz, John Coltrane, Gato Barbieri, and others – played by a group that features the young Gato on tenor, alongside Roberto Fernandez on trumpet, Ruben Lopez Furst on piano, and Pichi Mazzei on drums. Titles include "Pablo", "Like Sonny", "Village Blues", "Vicky", "Trauma", "Berklee Waltz", and "Hiroshima".  © 1996-2021, Dusty Groove, Inc.
(Limited to 250 copies!)