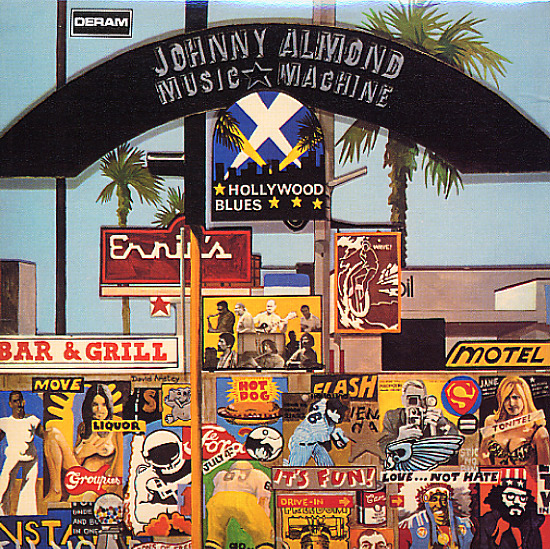 An excellent album of funky jazz – arranged and conducted by British organ and sax player Johnny Arnold – but also featuring some incredible work from an assortment of west coast soul jazz players that include Charles Kynard, Curtis Amy, Hadley Caliman, and Vi Redd! As the title kind of implies, the groove's in a swinging soundtrack sort of mode – almost a Lalo Schifrin 60s style, and one that blends together the organ lines with some totally sweet work on vibes, flute, and tenor sax. There's a wonderful Verve-like feel going down here – although in some way, the album's even hipper than anything on Verve from the time! Titles include "Agadir Sunset", "It's The Water", "Hot Rod", "Slipping Easy", and "Funkville U.S.A.".  © 1996-2021, Dusty Groove, Inc.
(US pressing. Cover has a small center split in the spine.)