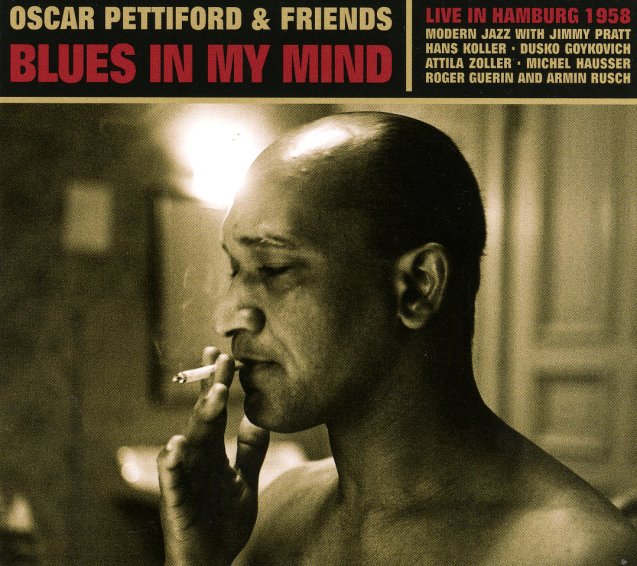 Blues In My Mind

An ultra-hip live set from bassist Oscar Pettiford – recorded in Germany during the late 50s stretch when he'd taken up residency overseas, and was making some great connections on the scene! This set definitely reflects Pettiford's reach at the time – as it's got an excellent group that includes Dusko Goykovich on trumpet, Michel Hausser on vibes, Hans Koller on tenor, Roger Guerin on trumpet, and Attila Zoller on guitar – all top-shelf talents of the time who really make the record shine! Tracks have that tightly arranged quality that Pettiford brought to his 50s American recordings – but also have a looser, more open vibe that allows the solos to really stretch out – especially on some of the album's longer numbers. The full concert is presented here for the first time ever – and titles include "Are You Real", "HEC Blues", "Happy Afternoon", "Rue Dauphine", "Blues Around Joe", "Autumn Leaves", and "Minor Meeting".  © 1996-2023, Dusty Groove, Inc.