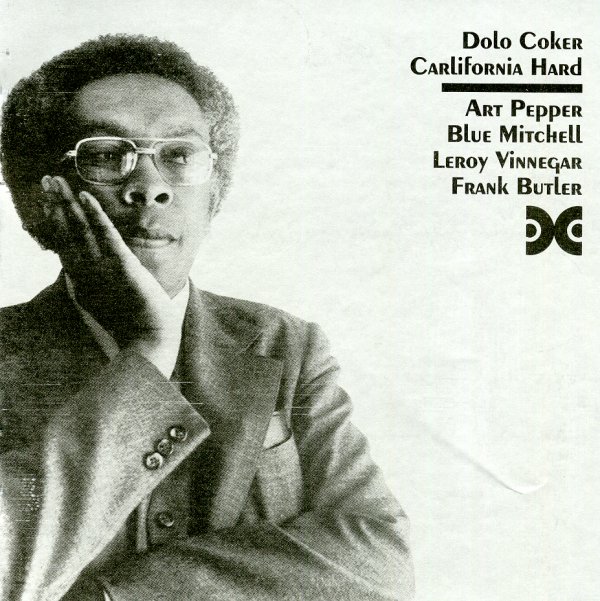 A hell of a record – and one that's not just noteworthy for being one of the rare few sessions as a leader from pianist Dolo Coker – but also for the sideman work by Art Pepper and Blue Mitchell! The pairing of Mitchell and Pepper is an unusual one, but it works wonderfully here – as Art's got a crisp, soulful tone on both alto and his newly-acquired tenor, and Mitchell blows in a real back-to-basics hardbop mode that's much more similar to his Blue Note work than his other electric sessions of the mid 70s! Yet Coker's also a cooker too – and his deft phrasing and soulful currents really make the session move – set fire by the work of Leroy Vinnegar on bass and Frank Butler on drums. Titles include "Roots 4FB", "Mr Yohe", "Tale Of Two Cities", "Jumping Jacks", and "Gone Again". CD features the bonus track "Round Midnight".  © 1996-2021, Dusty Groove, Inc.