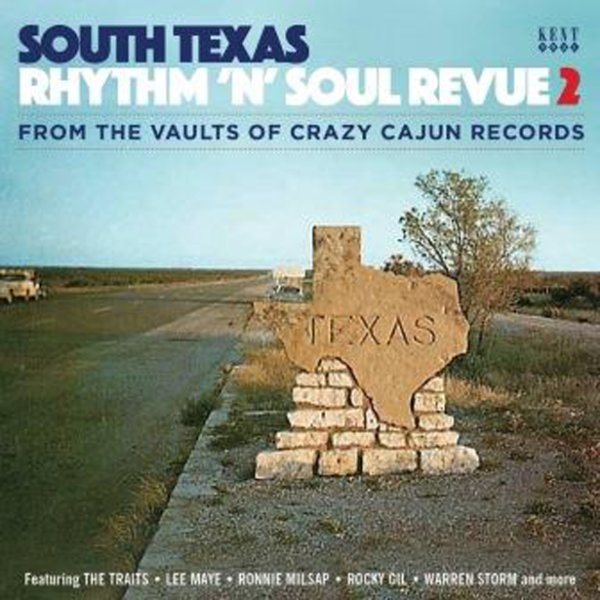 The great state of Texas turned out plenty of soul records in the 60s – and some of the best of them came from the hands of Huey P Meux – the legendary talent who's responsible for all the work on this set! Huey was also known as the Crazy Cajun – also the name of a label on which some of these cuts appeared – and his work shares a bit of the deeper, swampier sounds you might expect from Louisiana soul of the time, mixed with the rich bluesy currents that Texas had been turning out since the postwar years! The result is some stellar music that never fully got its due back in the day – tracks that maybe had a bit of regional fame, but never hit as big as sounds from Memphis or Muscle Shoals, which makes this collection such a great discovery – rare tracks by Texas artists, and other talents who were pulled down near the Houston scene for these recordings – all presented in a set of well-chosen tracks with some mighty nice notes. Titles include "Too Good To Be True" by The Traits, "Half A Man" by Charles Berry, "The Bad Times Make The Good Times" by Warren Storm, "T'Ain't It The Truth" by Jean Knight, "Strange Love" by Eugene Gamble, "All About Love" by Big Sam, "I'm Losing You" by Henry Moore, "Total Disaster" by Lee Maye, "At Your Wedding" by Jackie Paine, "You're Losing Me" by Jo Jo Benson, "Spunky Onions" by Johnny Adams, and "The Pleasures Of My Woman" by Rocky Gil & The Bishops.  © 1996-2021, Dusty Groove, Inc.