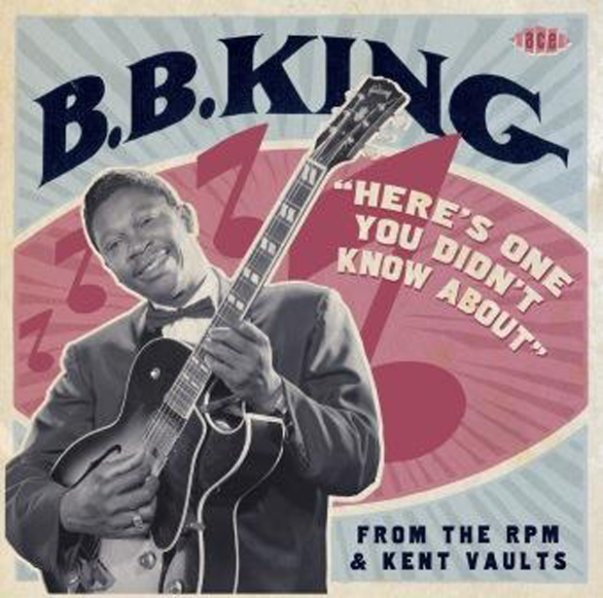 Here's One You Didn't Know About – From The RPM & Kent Vaults

An excellent collection of rare work from the legendary BB King – a selection of 25 tracks from the vaults of RPM and Kent Records, 23 of which appear here for the first time ever! Some cuts are alternates, some are different versions of other recordings – and all are pretty darn wonderful – that sharp-edged BB King sound right at the start, before the famous Memphis powerhouse was recording for bigger labels in a more commercial setting! Lots of these cuts have a jazzy backing alongside BB's sweet guitar and raspy vocals – a mode that's similar to the mix of bigger band and bluesy elements you'd get on early work from Bobby Blue Bland – that great Memphis mix of modes that always makes us love this stretch in King's career so much. Titles include unusual versions of "Sweet Little Angel", "Catfish Blues", "Early In The Morning", "I Wonder Why", "Goin Down Slow", "Whole Lotta Meat", "Loving You In Vain", "Long Nights", "The Woman I Love", "Soul Beat", "Don't You Want A Man Like Me", "Be Careful With A Fool", and "Whole Lot Of Lovin".  © 1996-2021, Dusty Groove, Inc.