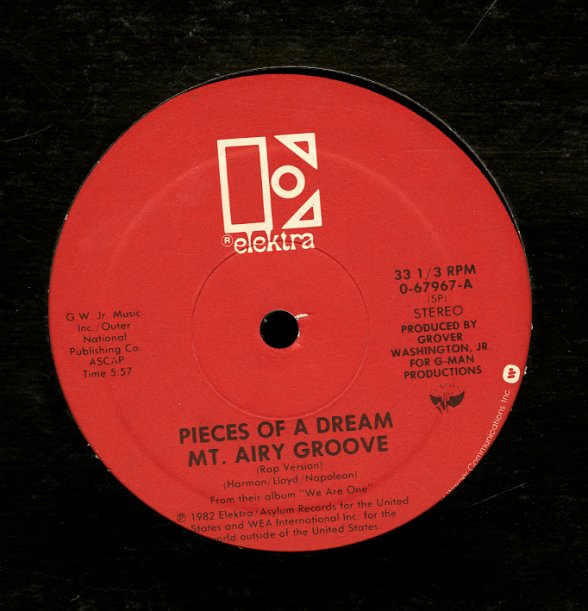 Classic early 80s electro-modern jazz crossover from Pieces Of A Dream produced by Grover Washington, that bounces along with an infectious groove that makes this an old school favorite, alongside similar numbers by Bernard Wright or Paul Hardcastle. We're not certain who's the vocalist on the rap version, but we'll stick to the dope instrumental.  © 1996-2021, Dusty Groove, Inc.
(Original pressing.)