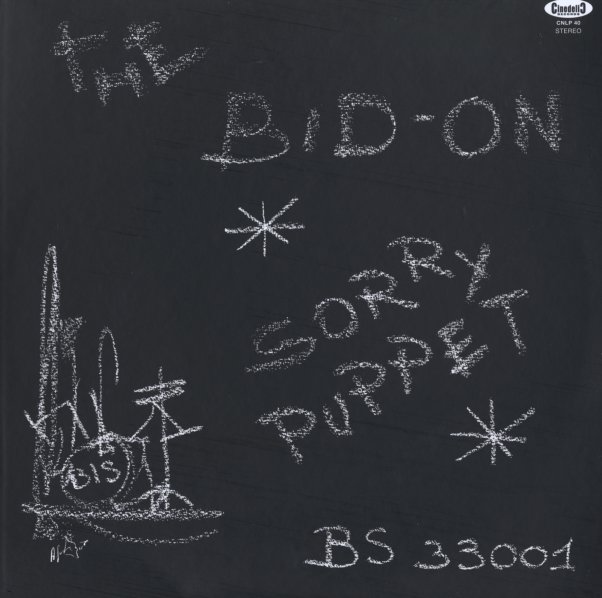 Wonderful sound library jazz from the Italian scene of the early 70s – and a record that's got a lot more warmth and color than you'd guess from its cover! The set was created by Giuliano Sorgi, working under his Raskovich name – with a small combo who seem equally well-skilled at a range of styles – including bossa instrumentals, funky jazz, and some very unusual moody moments – all laid out to make for a wonderful tapestry of sounds! There's some great flute on the record, used in that cool chromatic way that Italian players were picking up at the time – and the bossa numbers bring in acoustic guitar to sit nicely alongside the rhythms. Funkier tracks have the flute in a bit more blown-out mode, or some tenor too – and a few other tracks have these great lyrical piano lines that are mighty nice! Titles include "With A Finger", "Puppet", "Without Head", "Sweet Smelling", "Sow", "Dwarf-Like", "Savoury", "Trade Mark", and "Of Amber".  © 1996-2023, Dusty Groove, Inc.
(Limited pressing – only 600 copies! Great heavy cover too.)

Creme De La Menthe – Deep Groovy Cuts From 1970s
GAD (Poland), Mid 70s. New Copy
LP...$32.99 36.99
The first we've heard of Polish composer Tadeusz Klimonda – and we're hoping it won't be the last, as the music here is extremely groovy and often quite funky – very much like some of the best 70s sound library material from other European scenes! Klimonda's got maybe a farther-reaching ... LP, Vinyl record album