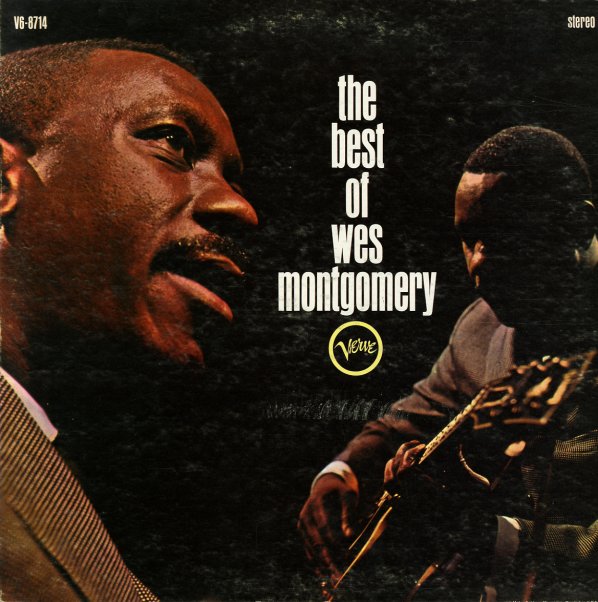 A collection of sides cut in the mid 60s by Wes during his association with Verve. Culled from the albums Movin' Wes, Bumpin', Goin' Out Of My Head and Tequila, these numbers all feature the larger arrangements that gave those albums a richer sound than his small group recordings, though Wes' soulful playing shines over top. Arrangements are by Oliver Nelson, Johnny Pate, Claus Ogerman and Don Sebesky and the tracks are 'Tequila", "Movin' Wes (part 1)", "End Of A Love Affair", "Naptown Blues", "Con Alma", "Goin' Out of My Head", "How Insensitive (Insensatez)", "The Shadow Of Your Smile", "Caravan" and "Bumpin' On Sunset".  © 1996-2021, Dusty Groove, Inc.
(MGM stereo pressing. Cover has light wear and a sticker on back.)