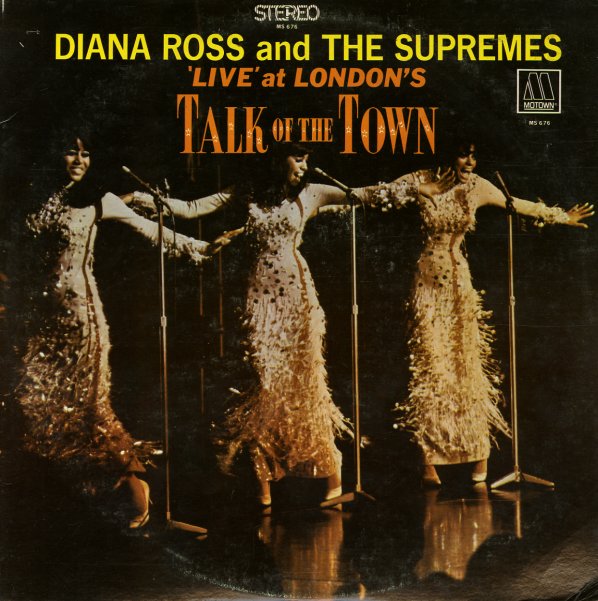 Live At London's Talk Of The Town

Diana and the ladies recorded live at London's Talk Of The Town nitespot – with arrangements conducted by Jimmy Garrett, and a set of tracks that includes a number of medleys of standards and late 60s pop tunes. Titles include "Mame", "Reflections", "In & Out Of Love", "Without A Song", "Baby Love", "Come See About Me", "Michelle", "You Keep Me Hangin On", "The Lady Is a Tramp", and "The Happening".  © 1996-2022, Dusty Groove, Inc.
(Out of print, 1994 Motown Masters pressing.)